As the FDA seeks to limit lead levels in baby food, here's what parents should know about toxic metals 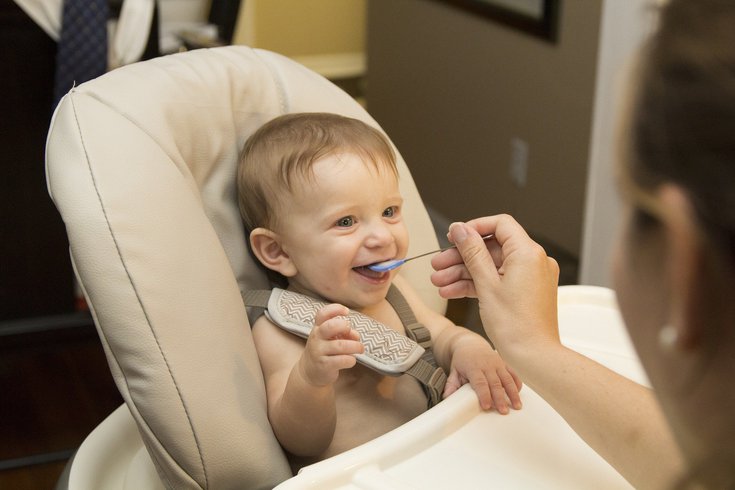 Young children can be vulnerable to even low levels of lead, a natural element that causes developmental delays when ingested. That's why the U.S. Food and Drug Administration has proposed lead limits in processed food for babies and toddlers.

Lead and other heavy metals can get into baby foods if they enter the soil where the crops used in baby foods grow. The metals typically get into the soil via contaminated water, pesticides or atmospheric deposits stemming from industrial activities. Certain plants, like leafy vegetables, absorb heavy metals more easily than others.

In recent years, several reports have raised concerns over the levels of toxic metals found in foods intended for children under age 2. A 2021 analysis from the U.S. House Committee on Oversight and Reform found commercial baby food contains dangerous levels of arsenic, lead, cadmium and mercury. The report relied on data from four companies: Nurture, Beech-Nut, Hain Celestial Group and Gerber.

In 2019, a report from Healthy Babies Bright Futures, an advocacy organization, found that 95% of the 168 baby food products it tested had lead; 1 in 5 had lead levels that exceeded limits recommended by many health experts. The findings proved similar to research conducted by the FDA.

The American Academy of Pediatrics has said the levels of heavy metals found in baby food likely only amount to a portion of a child's overall exposure to toxic metals. But the organization stresses that exposure to all sources should be limited.

The FDA's proposal, if approved, will place limits on the amount of lead permitted in baby foods. Lead levels must be limited to 10 parts per billion in most fruits, vegetables, mixtures, yogurts, custards, puddings and single-ingredient meats. For root vegetables and dry infant cereal, the maximum level is 20 ppb.

The limits will not be mandatory for food manufacturers, but the FDA will be able to take action against those that exceed them. The FDA estimates that the limits could reduce lead exposure from baby food by 24% to 27%.

The proposal is that latest effort by the FDA to limit metals in food consumed by babies. In August 2020, the agency set limits on the amount of inorganic arsenic permitted in infant rice cereals; last April, it proposed lead limits in juices. It already limits lead levels to 5 ppb in bottled water.

How can parents protect their children?

There are several steps parents can take to reduce their children's exposures to lead from food, experts say. Here are some recommendations from the American Academy of Pediatrics and Consumer Reports.

• Serve a variety of foods. Make sure children have well-balanced diets that include a variety of fruits, vegetables, grains and lean protein. This will lower their exposure to contaminants found in some foods.

• Always read food labels. Some multi-ingredient baby foods have the same main ingredient. It is important to read the labels carefully to ensure children are receiving a full variety of essential nutrients.

• Don't stick with rice cereal. Though many parents start their babies off with rice cereal, it doesn't have to be the first solid food they introduce to their children, and it shouldn't be the only one. Rice absorbs more arsenic, another toxic heavy metal, from groundwater than other crops do. Instead, offer other grains such as oat, barley, couscous, quinoa, farro and bulgur. Multigrain infant cereals can be a good choice.

• Test your water. Tap water can become contaminated with lead and other heavy metals. Local health departments may offer lead testing for people concerned that their pipes contain lead.

• Breastfeeding can reduce exposure to toxic metals. The American Academy of Pediatrics recommends that babies be solely breastfed or given formula for their first six months. Once they reach age 1, try giving them mostly water and milk, and limit the amount of fruit juice that they consume. Some types of fruit juice can contain high levels of toxic metals as well as being high in sugar.

• Limit baby food snacks. Crackers and teething biscuits are among the foods likely to be higher in metals. Instead, try giving babies teething rings or frozen bananas when their teeth are coming in. And try replacing processed snack with fresh fruit, cheese or yogurt.

• Make your own baby food. This won't completely eliminate toxic metals, but it will reduce the risk from additives included in processed foods.