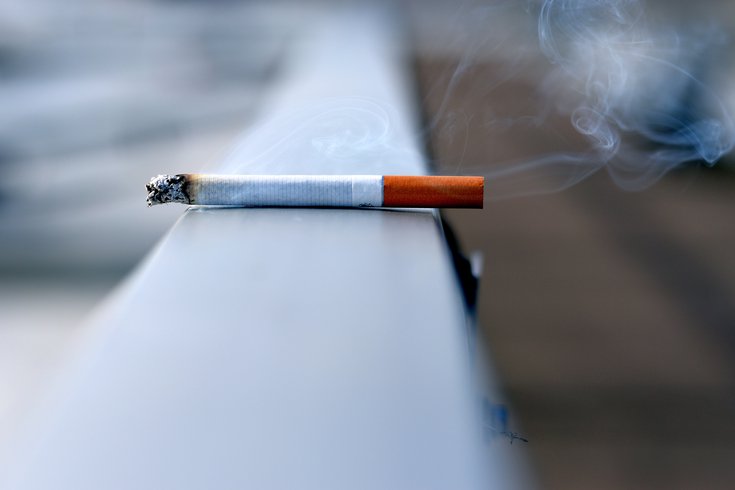 The American Lung Association's 2023 'State of Tobacco Control' report graded Pennsylvania and New Jersey poorly for their efforts to reduce smoking and vaping.

Pennsylvania is mostly failing in its efforts to reduce smoking and tobacco use, according to a state-by-state progress report released Wednesday by the American Lung Association. And New Jersey isn't doing much better.

The 2023 "State of Tobacco Control" report evaluated all 50 states in five areas – tobacco prevention, smoke-free air, taxes, cessation services and restrictions on flavored tobacco products. Pennsylvania did not grade better than a "D" in any category; New Jersey aced smoke-free air, but otherwise scored poorly. No state received an "A" in all five categories.

Smoking is the leading cause of preventable disease, disability and death in the United States. It kills 480,000 people each year, and 16 million Americans are living with a tobacco-related illness, according to the American Lung Association.

The advocacy group, which promotes lung health, criticized Pennsylvania's Indoor Clean Air Act for a loophole that allows about 1,300 public places to permit smoking. The law also does not cover e-cigarettes, which have become popular among teenagers and young adults despite debate on whether the products can help people quit smoking cigarettes.

The report was critical of Pennsylvania's funding for tobacco control efforts. The state budget only includes $17.9 million for tobacco prevention – 12.8% of the $140 million recommended by the U.S. Centers for Disease Control and Prevention. Yet, it brings in more than $15. billion in tobacco-related revenue each year.

Pennsylvania also only invests $1.57 per smoker into its cessation services, well below the median investment – $2.37 – among all states, according to the report. Though the state Medicaid program covers medications and some counseling services for people who are trying to quit, Pennsylvania does not require private insurers to do so. State health plans only cover minimal services.

The organization called on Pennsylvania to increase its cigarette tax by $1, noting that taxes are among the most effective ways to reduce tobacco use. The tax has sat at $2.60 per pack since 2016. The American Lung Association recommended Pennsylvania equalize its tax rate on all tobacco products.

The group awarded New Jersey an "A" for its efforts to ensure smoke-free air. State law bans smoking in most indoor public spaces. It is permitted in portions of Atlantic City's nine casinos and in cigar bars, but the American Lung Association urged New Jersey to remove the casino exemption.

The American Lung Association also encouraged the state to increase its cigarette tax, which has been at $2.70 per pack since 2009. Three years ago, Gov. Phil Murphy proposed raising it by $1.65, which would have made it the highest cigarette tax in the country.

Though tobacco remains widely accessible in much of the country, the federal government raised the minimum age to purchase tobacco products from 18 to 21 in 2019.

In recent years, the federal government has forced Juul to pull its vaping products from the market and moved to ban menthol cigarettes in hopes of curbing a slight rise in tobacco use and nicotine addiction, particularly among young people.

Harold Wimmer, president of the American Lung Association, said it is "imperative" that the U.S. Food and Drug Administration finalizes its proposed rules to ban the sale of menthol cigarettes and flavored cigars in 2023. That decision would be the "most significant, life-saving action" taken by the federal agency in its 14-year history of regulating tobacco, he said.

The proposal, made public in April, targets products that are commonly used by young smokers and can be more difficult to quit. The policy would not ban possession of the products, but it has raised concerns about unintended consequences, particularly for Black menthol smokers. Some fear Black people may be targeted by police for buying menthols.