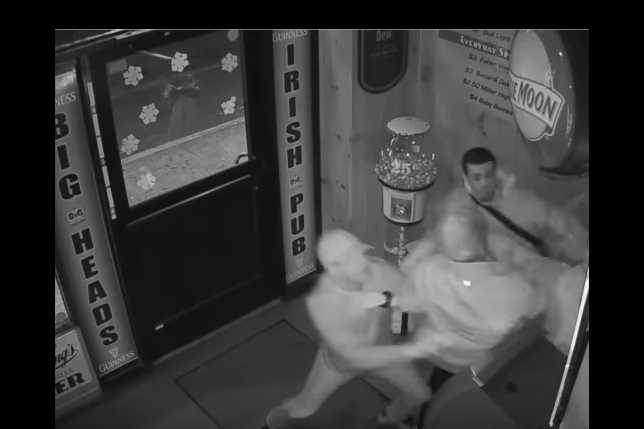 This screenshot is from surveillance footage of a fight that occurred at Big Heads Bar in Bensalem on Dec. 20, 2017.

Police are seeking four suspects involved in a bar brawl in the Philadelphia suburbs last month.

Bensalem police said the fight broke out on Wednesday, Dec. 20 at Big Heads Bar at 2806 Street Road. One of the four suspects – all of whom were described by investigators as Hispanic males – got into a fight with a bartender and threw a punch at him, according to authorities.

A fracas ensued between the suspects and the bar employees, who were trying to kick them out of the bar, police said.

One of the suspects allegedly hit an employee over the head with a bottle, causing a serious laceration, while another suspect allegedly swung a pool cue at the workers.

You can watch video of the incident below: