The sea creature was likely struck by a ship, officials said 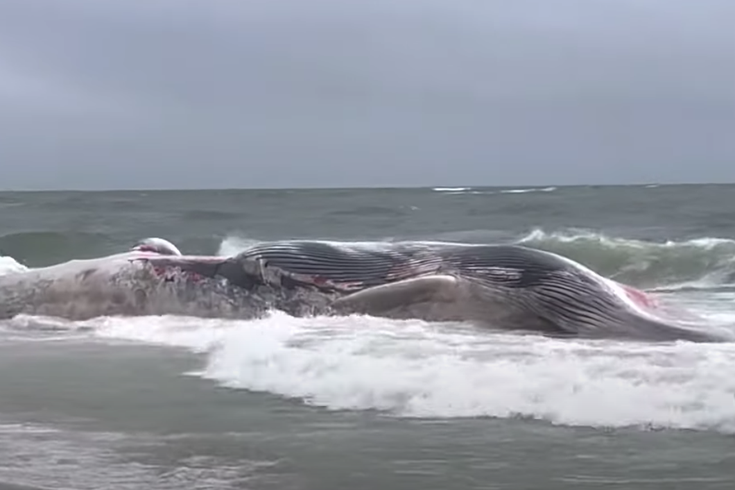 Officials discovered several large bite wounds that were likely caused by sharks that fed on the whale's body after it was wounded.

Crews responded to the scene as the decomposing carcass drew a crowd of beachgoers, also. Officials warned beachgoers to stay away from the dead whale, saying that potential diseases could be emanating from the deceased mammal.

An examination of the dead whale found a large impact on its right side that was likely caused by being hit by a ship, NJ.com reported. Officials believed that the accident likely happened several days ago.

Officials also discovered several large, 18-24-inch bite wounds that were likely caused by sharks that fed on the whale's body after it was wounded by the ship.

The whale was buried by noon on Sunday in the ground where it washed up near 19th and 20th avenues in Barnegat Light on the northern end of LBI.

But local officials said that machinery would be arriving Monday morning to move the whale to a location on the beach that was further away from the surf, The SandPaper reported.

A dead humpback whale was found washed ashore last December at Barnegat Lighthouse State Park on Long Beach Island. Officials said that the whale was likely struck by a ship or fell ill.

Officials buried the whale on the beach using machinery because the sea creature's frozen carcass became too difficult to move to a different location.