The casino and racetrack operator bought a 36% stake in the sports media company in 2020. Now, it is purchasing the rest of its shares

By Brian A. Saunders
PhillyVoice Staff
Business Gambling
from 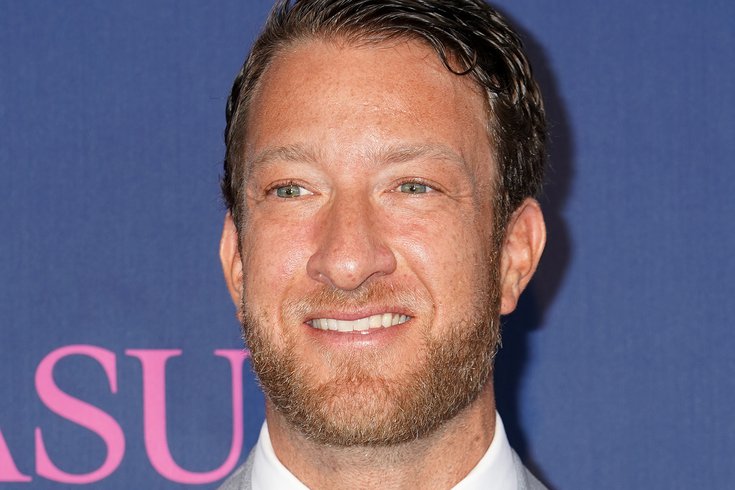 Barstool Sports, founded by Dave Portnoy, above, is being fully acquired by Penn Entertainment, which first bought a stake in the sports media company in 2020. The company's Barstool Sports app allows online sports betting in 12 states, including Pennsylvania and New Jersey.

Penn Entertainment is taking full control of Barstool Sports as part of a $387 million deal.

Penn Entertainment, which rebranded from Penn National Gaming earlier this month, purchased 36% of the digital media company in 2020 for $163 million. Penn has since exercised a provision that allows it to purchase Barstool's remaining shares through a two-step process.

To complete the transaction, the Berks County-based casino and race track operator must pay $62 million to increase its stake to 50% and then another $325 million for the rest of the shares.

The sale is expected to be completed by February 2023, Fox Business reported.

After Penn purchased its initial stake in the company, Barstool debuted the Barstool Sportsbook app, which allows online sports betting in 12 states, including Pennsylvania and New Jersey. The rollout included a soft launch in Pennsylvania, prompting Barstool founder Dave Portnoy to move to Philadelphia. During the Pennsylvania launch, more than 72,000 people registered, generating $300 million in bets.

Bets can be placed on 20 sports, including baseball, basketball, boxing, football, golf and hockey. The app also gives users an opportunity to engage with Barstool personalities.

Barstool has benefited from the 2018 Supreme Court decision that has allowed sports gambling to flourish in states where it was long prohibited. The ruling stemmed from a case involving New Jersey, which had sought to allow sports betting at its casinos and race tracks.

In March, Barstool opened a sports bar in Center City. The bar, at 1213 Sansom St., is designed to promote Barstool's Sportsbook app by creating an environment where sports fans can gather to watch games they have bet on.

Last year, Portnoy told Fox Business that he was "trying to build the most forward-thinking sports gambling company" and converge sports media and sports gambling.

It's not clear what role Portnoy will have once the sale is complete. Earlier this year, sexual misconduct allegations were made against him. He has strongly denied them and filed a lawsuit against Business Insider for publishing "false and defamatory stories."

Penn owns 44 properties, including four in Pennsylvania, and is valued at $5.67 billion. Last September, it purchased the Score Media and Gaming, which runs the top sports media app in Canada.

Barstool, which began as a sports blog in 2003, sold a majority stake to The Cherin Group in January 2016. The Chernin Group reached the 2020 sale agreement with Penn Entertainment.