Here's where to find it, Sixers fans 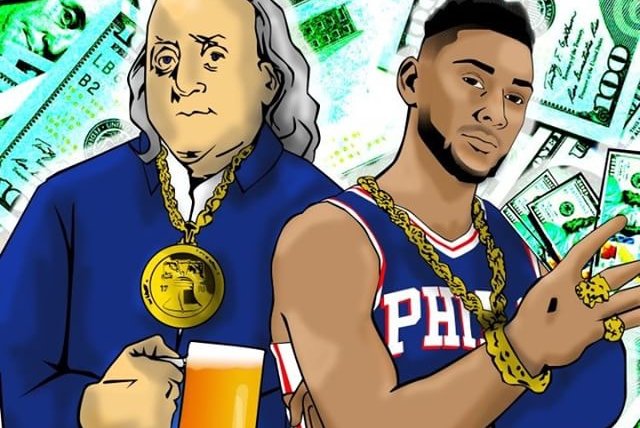 Misconduct Tavern and Conshohocken Brewing Co. have collaborated on their second Sixers-inspired beer.

Misconduct Tavern and Conshohocken Brewing Co. have collaborated on their second Sixers-inspired beer, which will only be available on tap at a few locations.

This time, the speciality brew is dedicated to Ben Simmons. There's already a beer for Joel Embiid.

The new brew, called All About the Benjamins, is a New England-style IPA with Australian hops, a nod to Simmons' background.

On Thursday, Jan. 18, there will be a beer launch party at Misconduct Tavern on Locust Street.

While watching the Sixers versus Celtics game, basketball fans can drink the beer and enter raffles to win big prizes.

All About the Benjamins will be available at both city Misconduct Tavern locations and Conshohocken Brewing Co. pubs throughout the 76ers season.

The Embiid beer, Hinkie’s Sweet Revenge, will also be on tap.

Misconduct Tavern is located at 1511 Locust St. and 1801 JFK Blvd. in Philadelphia.

All About the Benjamins Tap Party