In Time magazine: Being a police officer in Philly 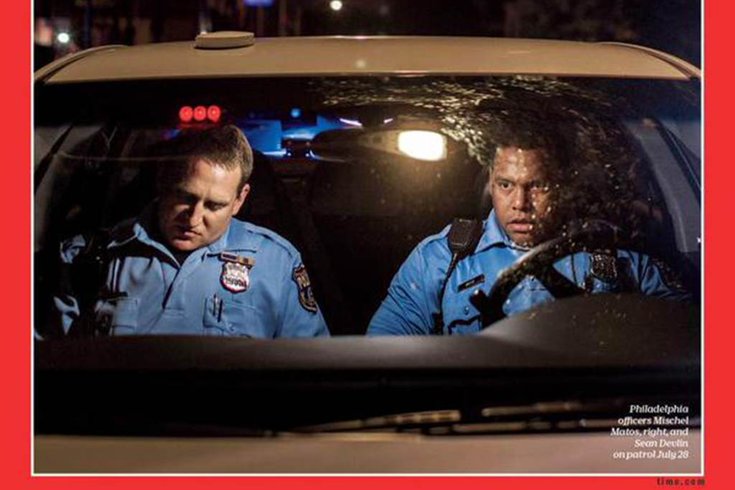 Officers Sean Devlin, left, and Mischel Matos of the Philadelphia Police Department's 19th District appear on the cover of this week's Time magazine, which wrote about "What It's Like to Be a Cop in America."

In a year where the relationship between police officers and the African-American community in the United States has come under intense scrutiny,  the Philadelphia Police Department has had its fair share of controversial incidents.

While not as prolific as cases in Ferguson, Texas, and South Carolina, questions have been raised by incidents involving Philadelphia officers and the black community. Names like Brandon Tate-Brown and Ellis Smith come to mind. 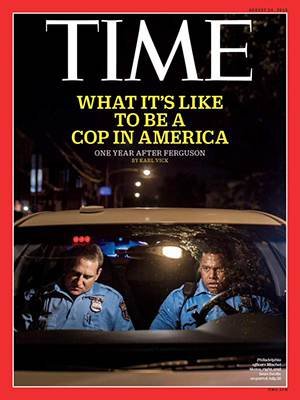 In order to find out how closer media attention and the public's lowest rate of confidence in policing in the past 22 years (according to a June survey from Gallup) has impacted officers on the beat, TIME took to the streets of Philadelphia with one question: What is it like to be a patrolman in America today?

The magazine spent weeks with the Philadelphia Police Department to try to find the answer. The resulting article from Karl Vick revealed how several officers felt about the changing perception of police officers and how they are handling it. Here are some of the highlights:

"Nowadays, we're in a culture where everything's against the police, at least in the areas that I patrol. Social media, news outlets, they're really coming down on police. And we still gotta come to work. I pray that nobody's going to get shot or hurt, but the reality is, somebody probably is. We still have a job to do. And at times it can be a very difficult job.

Captain Joe Bologna of the 19th District, on standards for police:

"It's right that we're held to a higher standard. We have tremendous power."

Police Chief Charles Ramsey, on the history of racial tension between the community and police:

"If you were in the South, you might have been tracking down slaves. Who enforced Jim Crow laws? Police. So just as our democracy has evolved, so have we. But what about those people who are on the other side of that? That baggage is still there. It ain't gone away. So why is there more tension in one community vs. another community? A lot of it has to do with the history of policing. Now I'm not saying you spend your life looking in the rearview mirror, but I am saying you can't move forward until you understand where you've been."

"You don't have to like me. But I'm still here to help you."

The piece goes on to detail several encounters, both good and bad, during the weeks spent with Philadelphia police, as well as more perspective from officers on how the department is trying to adapt to a modern way of policing. You can read the full piece, with a TIME subscription, here.

Chief Ramsey, as noted in the article, co-chaired a White House task force that in March recommended outside investigations of police departments across the country regarding their use of deadly force.

Later that month, a Department of Justice report that Ramsey requested made several recommendations regarding the Philadelphia Police Department's use of deadly force, prompting Mayor Michael Nutter to implement a task force to oversee reforms within the department.