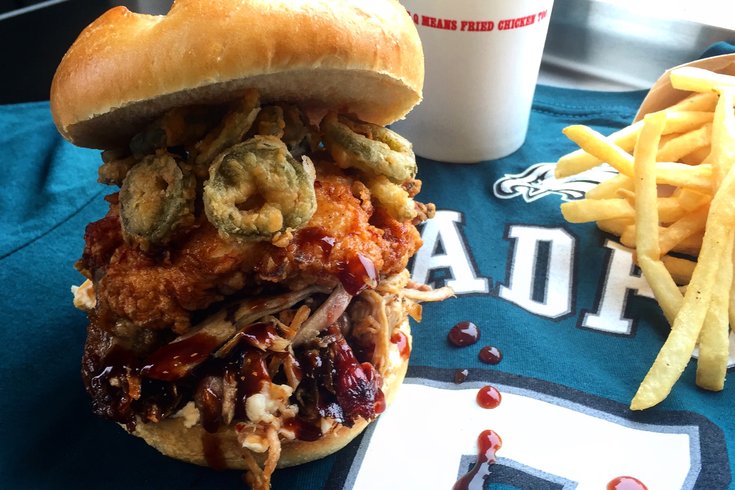 Big Q BBQ's Drew Abbruzzese is none too pleased with Sam Bradford's recent behavior, so he decided to do something about it.

Starting at noon on Wednesday, the Levittown, Bucks County, barbecue joint will make a big ol' anti-Bradford statement by giving away 150 free Sam Bradford sandwiches. The sandwich is a meaty dig at the Philadelphia Eagles quarterback's recent Carson Wentz-spurred trade drama: deep-fried jalapenos represent him in "the hot seat," pulled pork represents him getting pulled, the potato roll represents him "going down like a sack of potatoes" and the spicy cream cheese is a nod to Philly. The fried chicken's symbolism, he said, was obvious.

He's even adding moist towelettes to the package, meant to take the "cleaning up process to the next level."

The Sam Bradford sandwich will also be on the menu beyond Wednesday, on special for $5 until Bradford is traded away. After that, the price will hike up to $7. Notably, that seven is Bradford's jersey number.