Billie Eilish and Lizzo are this year's Grammy performers 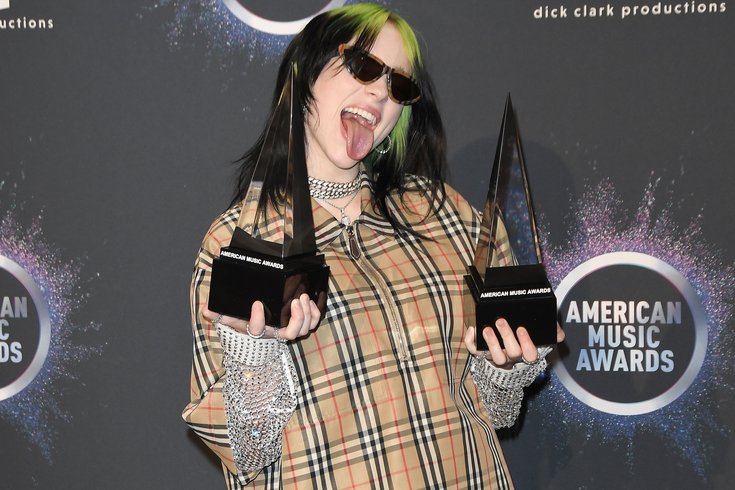 Billie Eilish at the American Music Awards. Eilish, 18, is the youngest of the Grammy performers and broke records with her 7 Grammy nominations this year.

Lizzo and Billie Eilish, two first-time nominees and internet-obsessed pop stars have been selected to perform at the 2020 Grammys, which will be broadcast Jan. 26.

Eilish, who is 18, made history with her nominations, as the youngest artist in history to be nominated in all of the "Big Four" categories: record of the year, album of the year, song of the year, and best new artist."

Lizzo is nominated for the most Grammys this year, with a total of eight nominations, including those for Best New Artist and Song of the Year for “Truth Hurts.”

Although they haven’t yet revealed what songs they will perform, for Lizzo and Eilish, both of whom had multiple hit songs in 2019, there is a pretty good chance we will get to hear Eilish’s "Bad Guy," and Lizzo’s "Truth Hurts" once again.

Grammy-winning rock legends Aerosmith also will perform during the awards ceremony, along with celebrity couple Blake Shelton and Gwen Stefani, doing their first live performance together.

Billie Eilish and Lizzo will make their debuts on the #Grammys stage, plus @blakeshelton, @gwenstefani and @aerosmith: Hit the link in bio for details on the first round of #Grammys performers.

Aerosmith is celebrating 50 years together as a band this year, as well as their nomination for an award called the "2020 MusiCares Person of the Year," which is given to musicians or bands for their philanthropy.

After the show there also will be a Prince tribute concert – "Let’s Go Crazy: The Grammy Salute to Prince" – at the Los Angeles Convention Center starring St. Vincent, the Foo Fighters, Beck, Usher, and more on Jan.  28.