Kevin Hart, Will Smith and Questlove participate in #BlackOutTuesday 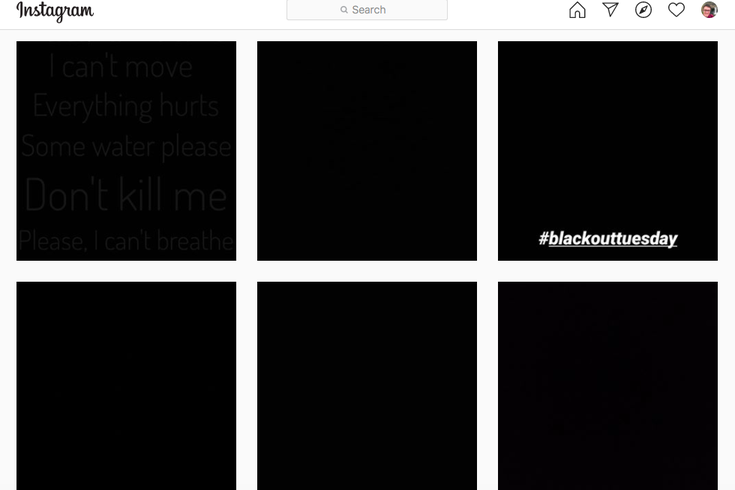 Thousands of people posted black boxes to their Instagram accounts Tuesday as part of the #BlackOutTuesday movement mourning the death of George Floyd and expressing solidarity with protesters.

Several notable Philadelphia natives posted black squares to their social media accounts Tuesday as part of a  widespread effort to support the protests sparked by the death of George Floyd.

Comedian Kevin Hart, actor Will Smith and musician Questlove participated in the #BlackOutTuesday movement. But some activists say the effort may be doing more harm than good.

The movement was conceived by two black music executives – Jamila Thomas, of Atlantic Records, and Brianna Agyemang, of the music app Platoon. They sought for industry colleagues to post the black boxes using #TheShowMustBePaused as a way to mourn victims of racism and police brutality.

The executives envisioned Tuesday as "a day to disconnect from work and reconnect with community" and "an urgent step of action to provoke accountability and change."

The movement quickly gained traction, with many people instead using #BlackOutTuesday or #BlackLivesMatter.

Warner Bros., Sony/ATV Music Publishing and BMG all participated. Spotfiy is "blacking out" by changing the photos of certain playlists, including RapCaviar, Stay in the Know, Are & Be.

But the movement drew criticism from activists when corporations, celebrities and others began posting black squares – particularly when their posts included #BlackLivesMatter.

Activists said the posts effectively hid images of the demonstrations beneath rows of empty black squares. They also prevented protesters from accessing updates by searching #BlackLivesMatter.

When somebody searches #BlackLivesmatter, they now mostly see black boxes instead of images and videos of the demonstrations.

By Tuesday afternoon, the tag had been used by more than 500,000 people, Vox reported.

At that point, some people began urging others against participating in #BlackOutTuesday altogether. Others argued that it was a form of unhelpful silence rather than solitary within the movement

It has come to my attention that many allies are using #BlackLivesMatter hashtag w black image on insta. We know that’s it no intent to harm but to be frank, this essentially does harm the message. We use hashtag to keep ppl updated. PLS stop using the hashtag for black images!! pic.twitter.com/eG2fPaybNW