The phenomenon, which will not occur again until 2025, can be viewed with the naked eye or via live stream 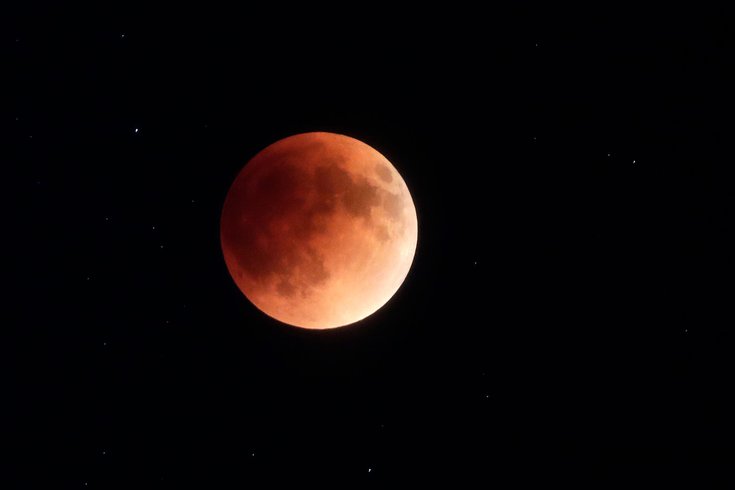 Early risers can watch a rare phenomenon in the sky on the morning of Election Day.

A total lunar eclipse, also known as a "Blood Moon" for its reddish glow, will be visible early Tuesday morning, according to NASA. This will be the last total lunar eclipse until March 14, 2025 — though partial and other types of lunar eclipses will continue to occur during that time.

What is a 'Blood Moon' and why does it happen?

When will the eclipse occur?

The moon will begin entering the outer part of the Earth's shadow, the penumbra, at 3:02 a.m. A partial eclipse will start by 4:09 a.m. A partial eclipse is when the moon starts to enter the umbra, making it look like a "bite" has been taken out of it, according to NASA. At 5:17 a.m., totality, the stage of the eclipse in which the Moon is fully in Earth's shadow, begins, and the moon should appear to be a coppery red color. By 6:42 a.m., totality will end and the phenomenon will no longer be visible.

This is the first total eclipse to coincide with a U.S. Election Day, according to The Inquirer.

How can I best view the total lunar eclipse?

Totality will be visible across North America. Eclipses can be seen with the naked eye, but binoculars or a telescope will enhance the view of the moon's red coloring. Stargazers should head to a dark area away from bright lights to best see the phenomenon.

According to the National Weather Service, the night skies in Philadelphia should be mostly clear, and Tuesday is set to be sunny. But, for those not within viewing range, or if the weather makes it difficult to see, NASA has live streams available starting at 4 a.m.

What is a 'Beaver Moon?'

The "Old Farmer's Almanac" has referenced the monthly full moons with names tied to early Native American, Colonial American and European folklore. November's moon is known as a "Beaver Moon," because this is the time of year when beavers take shelter in their lodges and also was the time for beaver trapping during times of the North American fur trade. November's full Beaver Moon reaches peak illumination early Tuesday morning.

Stargazers should be sure to set their alarms for the chance to see this rare Beaver Blood Moon.