Now a pro esports player, Eagles' Boston Scott talks Rocket League: 'You are good, or you're not'

The running back signed with Dignitas earlier this year, becoming the only NFL player to join a professional gaming team 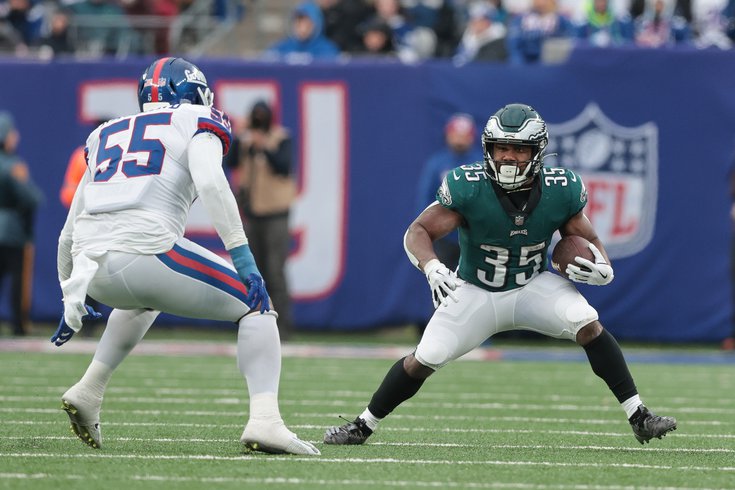 Eagles running back Boston Scott became the first two-sport athlete in both the NFL and Rocket League gaming.

In February, Philadelphia Eagles running back Boston Scott became the NFL's first two-sport athlete in esports when he signed with Dignitas as a Rocket League player.

The 26-year-old change-of-pace back, who signed a one-year deal to remain in Philly this offseason, is among the world's top 1% of more than six million global competitors in the vehicular-driven soccer game. Those who have played it casually — maybe against a kid or a cousin — can testify to the fact that it's an incredibly challenging contest of control and anticipation.

Scott started playing Rocket League with friends as a hobby at first. It joined two of his passions — cars and indoor soccer — in a way that allowed him to connect virtually with friends and strangers as he progressed in skill. He eventually began to play the game competitively and mastered its tricky strategy on his way to earning the distinction of Rocket League Grand Champion.

"Rocket League is just...there's no aim bot, there's no cheats, there's no software that you can download to make you a better player," Scott said. "It's either you are good, or your'e not."

With Dignitas, a pro esports organization owned by the Philadelphia 76ers, Scott is now a content creator and substitute player for the two-time World Championship-winning Rocket League Team. He backs up the formidable trio of Jack “ApparentlyJack” Benton, Joris “Joreuz” Robben and Kyle “Scrub Killa” Robertson. Dignitas holds 18 esports world championships across its various gaming teams that compete in League of Legends, Counter-Strike: Global Offensive, Valorant, PUBG and Rocket League, among other titles.

A Baton Rouge, Louisiana native, Scott said video games were a release for him growing up in a stressful and confusing environment.

"My parents divorced when I was young. It's stressful for a kid not to really know what's going on, but to know it's something bad," Scott said. "So gaming kind of played a part in being a stress reliever, kind of like an outlet whenever I was concerned about what's going to happen or where we're going to go, where we're going to be. I was able to hop on the game. It's kind of like an escape."

As far as Scott has come in the gaming world, his success in the NFL is rare for a player of his size — just 5 foot 6 inches and a shade over 200 pounds. In the three years since Scott joined the Eagles, he's earned the respect of Philly fans for his playmaking ability. He's been especially successful against the New York Giants, notching a memorable game-winning touchdown catch in a 2020 comeback against the team.


"One of my proudest moments was catching the game-winning catch against the Giants," Scott said. "It was not a designed play that we had talked about. We had kind of mentioned it, but it was kind of off the record. It was kind of an improvisational type thing. It didn't really hit me until I hit the locker room of how crazy the catch was, but like, it was something that I'm proud of now and for the rest of my life."

Scott also has a good sense of humor that makes him relatable to fans. He poked fun at himself after another electrifying play against the Giants in 2019, when he flashed a gratuitous spin move that really had no discernible effect on the the run.

Sorry bout the spin move WiFi made the game lag

For a player who scrapped his way into a legitimate role in an NFL backfield — among the best in league last year — Scott deserves praise for trailblazing in the realm of esports and setting up a future that will take him beyond his football days. For now, he's still got plenty to offer on the field and is the kind of person the Eagles are lucky to have in the locker room.