Current and former players of the Eagles, Phillies, 76ers, and Flyers are available on Cameo 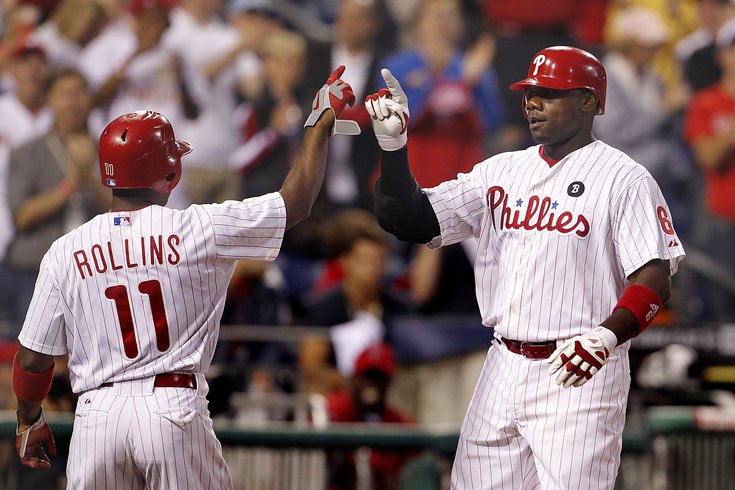 Ryan Howard and Jimmy Rollins are among the many former and current Phillies who are available to send personalized video messages to fans on Cameo.

Have you ever imagined what it would be like to receive a birthday wish or congratulatory message from your favorite Philly sports star? Well, now you can thanks to a new digital platform called Cameo.

Launched in 2017, Cameo is the first digital platform connecting celebrities with fans in the form of personalized video messages. The website and app allows fans to reach out to their favorite celebrities and book them for greetings, shoutouts, birthday wishes, and congratulatory messages.

Those interested in a video message should fill out a request form for the celebrity they want, and videos take no more than a week to be processed. Once the video is ready, a link will be sent to the email and phone numbers provided upon request of the message.

More than 30,000 celebrities are now available on Cameo, many of which are former and current members of the Eagles, Phillies, Sixers, and Flyers.

Some of the former and current Eagles on Cameo include Donovan McNabb, Terrell Owens, Ron Jaworski, and Brandon Graham. While video messages from the likes of Vince Papale, LaGarrette Blount, Jon Dorenbos, and Marquise Goodwin will cost less than $100, Michael Vick’s price currently sits at $1,000.

No current Sixers’ players are available yet, but former ones like Boban Marjanovic, Michael Carter-Williams, Larry Hughes, and James Michael McAdoo are on Cameo. Prices range from as low as $20 for McAdoo to as high as $85 for Marjanovic.

The only former or current Flyer available on the platform is Chris Pronger for $99.