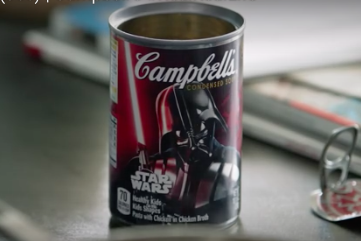 A new commercial from Camden-based Campbell's Soup Company features two fathers feeding their son 'Star Wars'-themed soup has come under fire from critics, but the company says it was creating a real reflection of the American family in the contemporary United States.

The commercial, a promotion ahead of the December release of 'The Force Awakens,' shows the fathers riffing on Darth Vader's bombshell 'Star Wars' quote: "I am your father!" The company developed the idea as part of its "Made for Real, Real Life" campaign, a tagline that aims to capture what's going on people's lives when they eat soup, according to AdAge.

The overall response to the commercial on Facebook was positive, collecting over 2,800 likes, but many commenters on both Facebook and YouTube attacked the company, vowing to ditch the brand for supporting homosexuality. Some also attacked the company's perceived brand strategy for the spot. 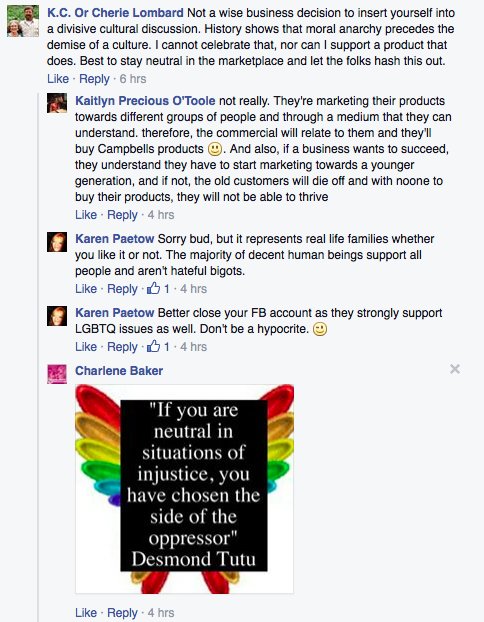 The activist organization OneMillionMoms  launched a campaign calling on women to contact Campbell's and urge them to pull the commercial.

This gay-inclusive commercial is attempting to desensitize viewers. There is concern about the way this ad is pushing the LGBT agenda, but an even greater concern is the way that they are attempting to redefine "family" and "real marriage."

Responding to the criticism, Campbell's VP of Marketing Yin Woon released statement defending the commercial and the company's campaign:

"We wanted to show actual families, which means families of different configurations, cultures, races and life choices. The American family is changing faster than at any time in recent history and it is now a true mosaic of shapes and sizes, all bonded through love, and love of good food."

Will those who protest Campbell's now refuse to see 'The Force Awakens'?