Who is the 'Catfish' DJ who infiltrated a Philly school? 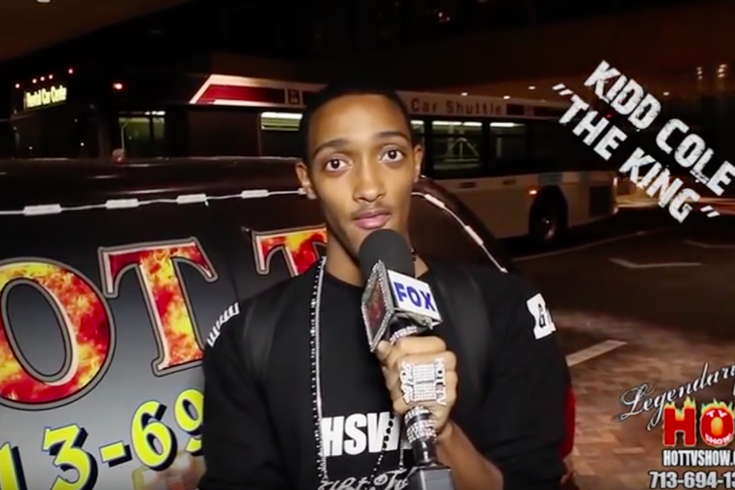 Many know him as Kidd Cole from the MTV show "Catfish." His real name is Jerez Coleman.

At Philadelphia High School for Creative and Performing Arts on Thursday morning, he presented himself as DJ Official Silent Assassin, according to a report from 6ABC.

The news station talked to sources who said Coleman presented himself as the DJ for Alicia Keys when he called the school on South Broad Street. When he arrived Thursday, he had two men acting like security guards and two women with cameras. An anonymous student told 6ABC that students performed with Coleman, gave him personal information and were recorded by his crew.

The student was suspicious and looked into "DJ Official Silent Assassin" online, where she found Coleman's troubling and criminal history.

Coleman is probably best known for his appearance on "Catfish," a show that exposes people using the internet to lure others into relationships based on fake online personas. In his Season 4 appearance, Coleman — who at the time went by "Kidd Cole" — acted as if he was a big-time music mogul and tricked a woman named Lucille into "working" for him. When he was confronted by the show's hosts, one of them got so frustrated he tossed Coleman's phone into the water.

He was posing as basically a rapper/producer/musician, who claimed to have ties to just about everyone in the music industry, including Kanye West. He was so deep into his hole of lies that he had managed to persuade others to work for him. And, give him money.

Kidd Cole managed to convince Lucille (the focus of the Catfish episode) to start booking him shows and events. She thought she was working in conjunction with Kanye's GOOD music label, and would be offered a job if she was able to prove her worth to Kidd Cole. She would, upfront, shell out money from her own pocket to set up events and performances for Kidd Cole in the Washington, D.C. area. Lucille paid all of this money, never saw a return, got a huge bill, and no job was ever offered from GOOD music.

Coleman was sued and plead guilty for a similar hoax at Virginia Commonwealth University, but, according to Bustle, his prison sentence was suspended.

In May 2015, Coleman was arrested in Washington, D.C., for making terroristic threats against the D.C. Metro and the White House. Per a report at the time from NBC4:

Investigators say Stone-Coleman, now 20, called 911 on 11 occasions between Dec. 12, 2014 and May 12 to report specific threats against the Metro system, including reports of plans to take hostages on a Metrobus for a $15 million ransom.

Not long after terrorist attacks in Paris in January, a caller reported learning of plans from people "from France" to ambush President Barack Obama's motorcade and assassinate him. The caller went on to say that the same people had placed bombs around the Potomac Avenue Metro station.

In a plea deal, he plead guilty to one count of making threats involving explosive materials. Coleman was sentenced to 22 months in prison in March 2016 and was ordered to undergo mental health treatment.

Fast forward to Thursday. The anonymous student who spoke to 6ABC thought Coleman was "shady," and after looking up his devious past, was obviously alarmed that he had gotten information like students' Instagram handles and possibly phone numbers, as well as footage of students singing.

Philadelphia School District Spokesman Lee Whack told FOX29 that Coleman was in the school for about 30 minutes and spoke to about 60 students. Whack said the school staff member who cleared Coleman didn't follow normal procedures, and that suspicions were raised by other faculty members while he was there. Eventually, Coleman left and police were called. A letter is going out to parents Friday, Lee told the news station.