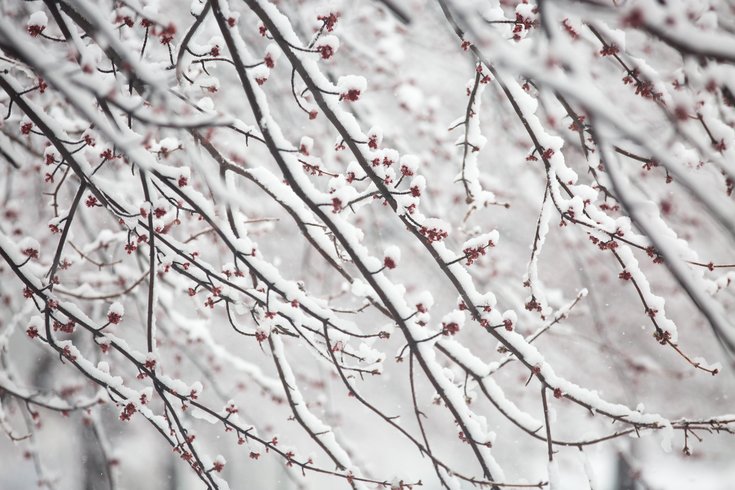 Snow collects on the buds of trees during a snowstorm on March 7, 2018.

A woman in Upper Mount Bethel Township, just 26 miles from the Poconos, died of hypothermia in her home Thursday night.

Northampton County Coronor Zachary Lysek said Carol Ciulla, 63, was found dead in her trailer at Portland Trailer Park, according to the Morning Call.

Ciulla had been heating her trailer with heating oil, Lysek said, and she ran out of oil overnight.

The temperature in nearby Stroudsburg at midnight on Thursday night was minus-2 degrees Fahrenheit, according to Weather Underground.

In Philadelphia, a Code Blue — issued when the temperature reaches 20 degrees or lower — was placed in effect on Tuesday as a particularly strong polar vortex worked its way through the midwest and the northeast.