Sereena Quick, a former federal probation officer, will be the owner and operator of the fast food chain's new restaurant 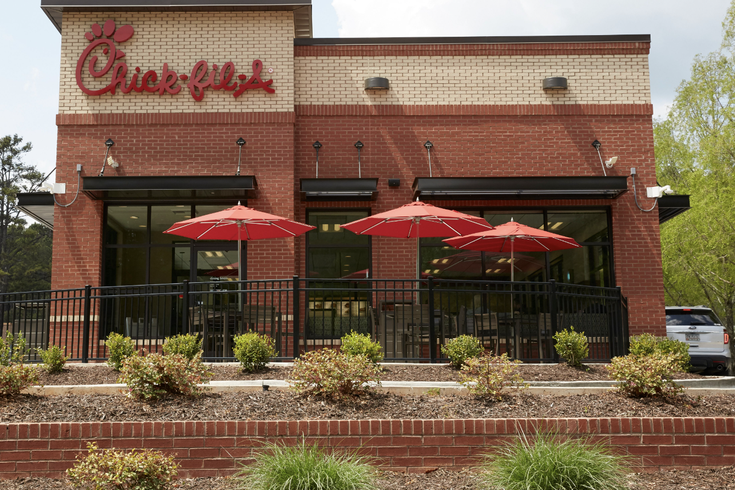 A new Chick-Fil-A will open on Thursday at 4040 City Ave. in Philadelphia. The franchise will be operated by North Philadelphia-raised Sereena Quick, a former parole officer.

Sixers fans looking for a place to score free chicken nuggets from Chick-Fil-A as a part of the team's "Bricken for Chicken" promotion now have a new restaurant on their roster. A new Chick-Fil-A opened Thursday morning at 4040 City Ave. in Philadelphia, marking the fast-food chain's 84th location in the Philadelphia market.

The store will be owned and operated by Sereena Quick, a woman who grew up in North Philadelphia and is dedicated to forging mentorship bonds and giving back to the city she grew up in.

"The city of Philadelphia has played a huge part in shaping who I am today," Quick said in a Chick-Fil-A release. "As a local owner/operator, I'm so grateful for the opportunity to pay it forward to the city that means so much to me and to empower the next generation of leaders to shine in our restaurant and in our community."

Quick comes from a background in law enforcement. She started her career as a juvenile probation officer in Philly before moving to California and working in San Francisco.

While living in San Francisco, Quick forged a relationship with Jon Hooper, an owner of a Chick-Fil-A in Freemont, Calif. That mentorship got Quick's wheels turning about pursuing a career as a restaurateur.

After moving back to Philadelphia, Quick continued her food service education with the help of Stanley Webber, the operator of the Liberty Place restaurant. She shadowed Webber, learning the ropes and what it took to operate one of the fast food chain's stores.

Quick eventually took a leap of faith, walked away from law enforcement after 13 years, and began working on the grand opening team at a Chick-Fil-A in Malvern Township, Chester County. Quick credits the leadership of the Malvern restaurant operator Chris Walsh with helping prepare her for her opportunity to own and lead a Chick-Fil-A.

"Chris went above and beyond in teaching me how to think, act and lead as an operator," Quick said. "He empowered me with the autonomy to run the business as if it were my own, and I'm so grateful for the opportunity I had in his restaurant."

Meet Sereena – once a Federal Probation Officer, now a Senior Director at Chick-fil-A Malvern. Sereena shares how working at a local Chick-fil-A restaurant offers the opportunity for leadership development and advancement. Join participating Chick-fil-As across the Greater Philadelphia Area (PA, NJ and DE) for open hiring interviews from 2pm - 7pm on September 14th. Discuss growing your career with us. www.cfaphilly.com

Following her time in Malvern, Quick was awarded her own store this year. Starting now, it will open for dine-in and carry-out from 6:30 a.m. until 10 p.m., Mondays through Saturdays.

Chick-Fil-A's restaurants are operated by people who live in the community the store resides in. To christen Quick's restaurant, the company will provide 100 local heroes who are making an impact in Philadelphia with free meals for a year, and make a $25,000 donation to the non-profit organization Feeding America.