A conflict erupts over avocado mac n' cheese (something something, Millennials) 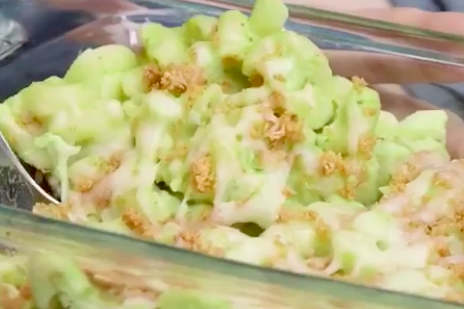 Millennial-bashing, one of the great goldmines of post-recession phone-thumbing in America, took an unconscionable turn earlier this year when Australian real estate mogul Tim Gurner, himself a millennial, blamed this generation's falling homeownership rates on a taste for avocado toast.

Young people had grown accustomed to a certain brand of cheapshot taken against their insufferably undeserved smugness, which is probably just misread anxiety and depression redeemed, resourcefully, as humor. But blaming avocados? What did they do to—why?

Never mind that, in addition to stagnating salaries, baby boomers are defying mortality and holding onto their homes much longer than some housing markets, including Philly's, can accommodate a passing of the torch. Never mind that avocados have these 12 proven health benefits. Millennials are destroying everything, even if everything sucks, and no better emblem exists for this regrettable onslaught than avocados.

An unthinkable thing happened late last week. A newfound crisis, a Millennial autoimmunity of sorts, found two of this generation's most cherished foods at war with one another. PopSugar Food writer Nicole Iizuka innocently published a recipe for avocado mac and cheese. Whoa! So what? The avocado—this is bad—nearly replaces the cheese entirely, save for a dash of goat cheese. (For the record, as all things viral go, there were tremors ahead of the quake: see here, here and here).

People lost their minds over this. Things got ugly, and fast, after the Twitter account @TheFitFood re-posted a video of the dish,.

When will the alt-left stop this violence https://t.co/glRtGJzbE4

If you tell me you have mac and cheese for me but it's low fat and full of avocado, I'm thinking that's premeditated murder.

The whole point of mac n cheese is the CHEESE. That little sprinkle on top nor the avocado is going to cut it.

I love avocado but this is some flat out ridiculous 🐂💩. You do not mess with mac n cheese.

No like how you're going to call it Mac and cheese and it's not that. It's macaroni and avocado with some goat cheese to seem fancy

Between the Hellmann's blueberry grilled cheese and that avocado mac abomination I'm all WTF is wrong with people. Who hurt you? pic.twitter.com/U3iZ0VxI6Y

I'm sorry, but this is why Trump won. https://t.co/MpyAVSSJ0G

the audacity of suggesting you substitute avocado for the cheese in MAC AND CHEESE. i just... pic.twitter.com/KhCOLU1BUX

I put a cute twist on avocado mac and cheese by blending in a few of my iPhones. I'll never own a home, but it is DELISH!

The real question is why are they calling it low-calorie mac and cheese and not guacaroni?

There is a really simple solution to this: add cheese. Add as much cheese as you want. It's your kitchen. Do what you feel. All this avocado hate? It needs to stop. They're not going to take it.