Life is short, be true to yourself, and find the love you deserve. 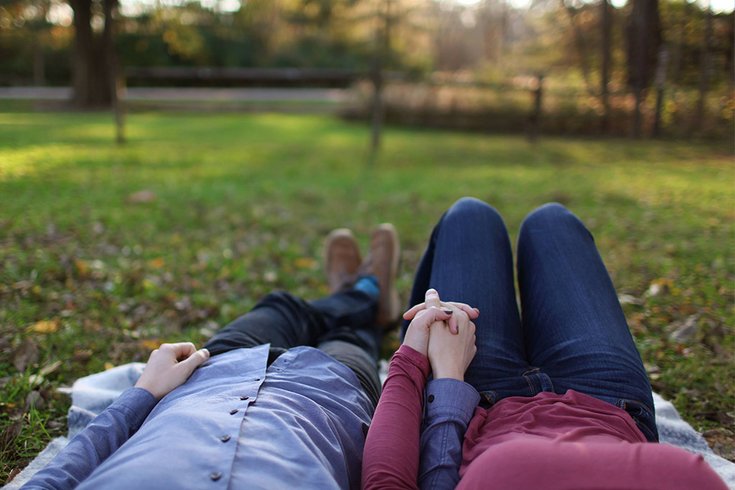 I grimaced at the grapefruit sitting in front of me. If only I had told him the truth the night before when he fantasized about the idea of picking grapefruit from his tree and eating it together. A fantasy I totally wanted to make a reality, it felt so domestic and safe. I just couldn’t tell him I hated grapefruit.

Now here we were, the next morning and he, Ken, sat across from me devouring his grapefruit, drops of juice slipping down his chin. While I, on the other hand, continued to stare at mine, pressing the tip of my spoon into it, hoping to summon the courage to take a bite. I so wanted to be that girl that loved grapefruit, the one he’d fall in love with and our year long on-again-off-again relationship would become an “on-again-forever” relationship. That was seven years ago.

I’m fairly certain I’m not alone in pretending to like something I really don’t. The first rush of meeting someone is so awesome that there is a reason it’s called falling in love because its essence is something like a free fall. Most people want the relationship to work so badly they happily try new things, finding themselves singing karaoke when they actually hate it, riding horses even though they fear them, or going running with the other person when running is really their alone time and meditation.

Don’t get me wrong, I’m all for trying new things and that’s part of the fun of a new relationship but when it is done under the guise of ‘loving it’ that’s when we get into trouble.

After the first three months the initial flush (caused by adrenaline, dopamine, and serotonin) usually subsides and you enter the attachment phase (helped by oxytocin and vasopressin) and that’s when things usually go a little wonky. You wake up unsure of who you’ve become and then look over at them wondering who they truly are. Suddenly they don’t seem so cheery putting on their running shoes, they decide to stay in bed and drink coffee instead of going to the barn or they are busy on every karaoke night.

I often tell my clients, the relationship doesn’t really begin until you ask for something that you want, state a need, share what works and what doesn’t, It takes courage because our fear of abandonment takes over. So we’d rather morph into what we think the other person wants so we can be accepted and loved.

The one thing most people want is a loving, kind, and committed relationship but people are complex and this is not an easy thing to achieve. It takes work on both sides and a commitment to each other.

We were not taught as children how to speak our truths. Instead often times our emotional realities were denied. I coach a lot of couples and the patterns they set up in the beginning of the relationship becomes the relationship. The tangled mess of resentments takes months to unravel, sometimes years.

Resentment is the toxin of relationships.

Let’s say a woman happily cleaned her boyfriend’s apartment to show love and to get love in the beginning of the relationship but then it becomes expected. She might not communicate that she no longer wants to do it and becomes resentful. Another example is a man shows himself to be a big spender but doesn’t really have the funds to back it up, which might become a problem down the road when reality hits and his girlfriend continues to want the dinners out and he can’t afford them.

So how do we avoid these relationship resentment traps?

• If you are currently dating, keep a level head. Pay attention to what he or she is saying to you, it's the truth and you will not change them.

• If your gut is telling you something's fishy, it probably is, trust it.

• Communicate your feelings and thoughts honestly. It’s better to learn early on that you aren’t a fit.

• Ask for what you want. The response you receive will tell you a lot about the other person and how well they communicate.

• Get out of fantasy thinking. There is no miracle that will suddenly make another human being show up differently.

• Scarcity consciousness is your worse enemy. With 7.5 billion on the planet, there’s a good chance you’ll find someone wanting to work through problems, that's deeply in love with you and fun.

• Don’t be afraid to hire a dating/relationship coach or therapist. I’ve saved my clients from a ton of bad dates and have kept them out of the dating trenches, especially with online dating. I’ve helped couples end relationships that didn’t work and stay in one’s that did.

The one thing most people want is a loving, kind, and committed relationship but people are complex and this is not an easy thing to achieve. It takes work on both sides and a commitment to each other.

The purpose of a relationship is to heal our wounds.

You might be wondering if I ate that grapefruit? I didn’t. When Ken left the room, I buried it in the trash like I was 6 years old. It’s so ridiculous. Ken never found out. He passed away six weeks later from a skydiving accident and that was the last time I ever saw him.

Life is short, be true to yourself, and find the love you deserve.

Stacey J. Warner is a certified life coach, equus coach and yoga teacher. She received her Bachelor of Arts in drama from the University of Washington and currently resides in Los Angeles. She is the founder of Mystic Cowgirl Camp, Costa Rica and The Intensive for Radical Consciousness. Her one passion in life is to lessen the suffering of others. To learn more, visit: www.staceyjwarner.com.