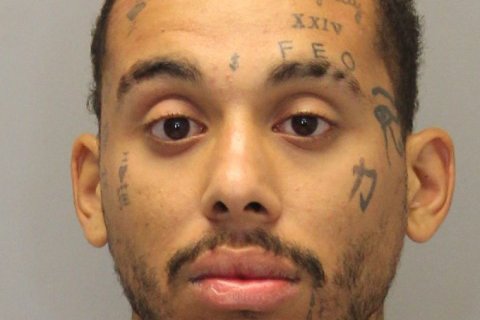 A man who was able to slip away from police custody late Sunday morning has been captured, according to authorities.

Delaware State Police said they originally detained Tahreek Leslie, 24 of New Castle, around 11:30 a.m. in Odessa because of a trespass complaint.

When officers conducted a background check on Leslie, they found he was wanted for several crimes and is currently serving probation, police said.

While he was handcuffed, Leslie fled the building and parking lot where he was being detained and was last seen running eastbound across Route 299.

Around 5 p.m., police were able to locate Leslie in the wooded area behind the Pleasant Hill Motel in Odessa, thanks in part to the help of " vigilant community members " and a few tips.

He has been charged with burglary, theft of a firearm, theft and conspiracy.