Results on the experimental drug remdesivir are due in late April 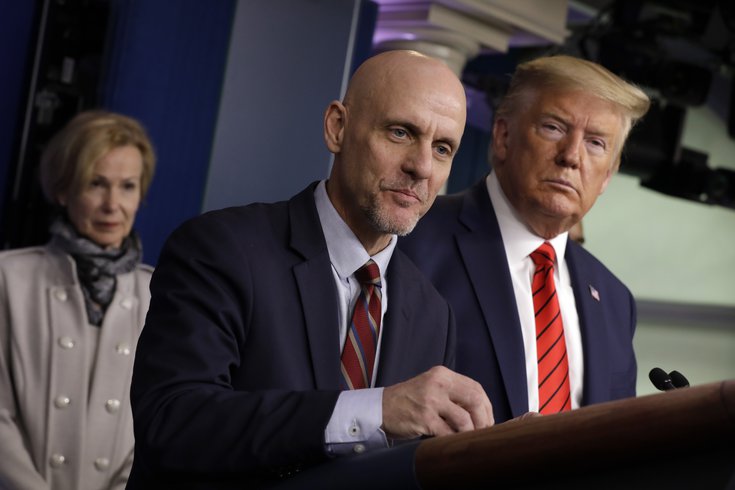 Several potential coronavirus treatments are being fast-tracked by the U.S. Food and Drug Administration, including the experimental drug remdesivir and chloroquine. Above, FDA Commissioner Dr. Stephen Hahn speaks at a press briefing alongside President Donald Trump on Thursday, March 19, 2020.

Efforts to find drug therapies capable of treating the coronavirus are accelerating as the virus continues spreading across the United States.

The U.S. Food and Drug Administration is expected to fast-track several potential treatments, including the experimental drug remdesivir.

Made by Gilead, remdesivir is an antiviral drug thought to act on the virus by stopping it from replicating itself throughout the body. It has been used to treat at least two hospitalized patients and, appears to offer relief within 24 hours of the first dose.

Chris Kane, 55, who was hospitalized with COVID-19 at Providence Regional Medical Center in Everett, Washington earlier this month, was one of the patients treated with remdesivir.

His wife, Susan Kane, told NBC News that the drug seemed to work quickly. Chris started to feel better the day after receiving it, and he is home now recovering.

"We are 100,000 percent convinced that the remdesivir turned things around for him," she said.

The experience of the first patient treated with remdesivir was reported in the New England Journal of Medicine. The 35-year-old man was administered intravenous remdesivir on his seventh day in the hospital. The next day, his symptoms began to improve, allowing him to be weaned off the supplemental oxygen.

Chloroquine, a drug currently used to treat malaria, also holds some promise. The drug already has been used experimentally to treat patients with COVID-19 in China, the U.S. and other countries, according to CNN.

But it too needs to undergo clinical trials to prove its efficacy and safety as a treatment for coronavirus.

"The FDA is committed to continuing to provide regulatory flexibility and guidance, but let me make one thing clear: the FDA's responsibility to the American people is to ensure that products are safe and effective," he said.

The therapies will be compared to the current standard of care, which is supportive care measures such as supplementary oxygen.

Ana Maria Henao-Restrepo, who head's WHO's research and development "blueprint" group, said that chloroquine will be tested against standard of care and against hydroxychloroquine, which is used to treat lupus and other rheumatic diseases.