Cosmetic surgery varies by region – but does Philly have a 'look'? 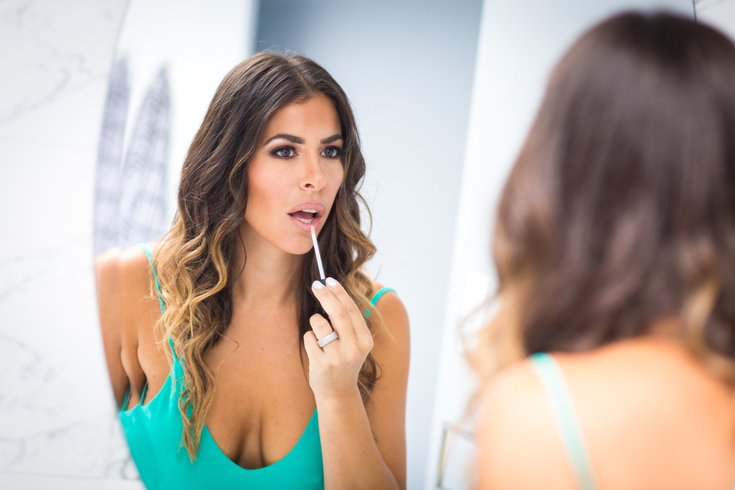 Blair Manus applies lip gloss in the bathroom of her Voorhees, Camden County, home. She gets Botox treatments and filler injections in her cheeks, nose and chin, but with caution. "I don't want to run into somebody that I went to high school with," she says, "who will think, 'Wow, Blair looks completely different.'"

To Blair Manus, cosmetic surgery is simply another tool to maintain her appearance – not unlike exercise, a healthy diet or a full night's sleep.

Over the years, Manus has undergone Botox treatments and filler injections in her cheeks, nose and chin. But she does so with caution, hoping to maintain a natural look.

"I always want to look like myself – kind of a more natural, enhanced look of myself," said Manus, 36, of Voorhees, Camden County. "I don't want to run into somebody that I went to high school with, who will think, 'Wow, Blair looks completely different.'"

Her attitude toward cosmetic procedures mirrors that of many women living in Philadelphia and, more broadly, the northeastern United States. They prefer a more subtle look, one that retains identifying features while mitigating imperfections, according to plastic surgeons in the region.

"I think there's certain cultural expectations in different parts of the country in terms of societal perceptions of the way people look," said Dr. Ash Patel, a plastic surgeon based in Albany, New York.

Those expectations influence the popularity of various cosmetic procedures in cities across the United States. But don't expect anyone in Philly to openly discuss the procedures they have had done. That mostly remains taboo – another attitude emblematic of the Northeast.

"Most of my friends like the natural look," Manus said. "I'm probably the only one who goes around talking about it. I'm like a walking commercial. Anything I love, I want to talk about."

Three years ago, The Hollywood Reporter asked plastic surgeons to describe the differences between the so-called L.A. and New York faces.

But what about Philadelphia?

"I don't think there's one standard Philadelphia look," said Ryan Heffelfinger, co-director of the Herbert Kean Center for Facial Aesthetics at Thomas Jefferson University. "I think that people, for the most part, in our area like to keep what defines them, to a certain degree. 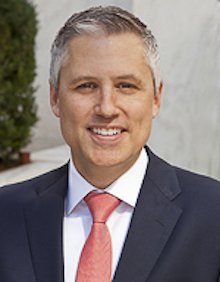 "I've had people – even ladies who had a huge hump on their nose – who requested to not have the hump totally reduced. Because their mom and dad have it, or their sisters, and they don't want to lose the family identity. Our look around here is to look more natural."

To a certain extent, aesthetic standards are driven by a city's cultural values. Philly retains a working class vibe.

"In Los Angeles, there's not the taboo on plastic surgery that traditionally has been the case in Philadelphia," Heffelfinger said. "I think in New York, it's probably more accepting. Philly is a blue-collar town."

Yet, those taboos are loosening, according to Heffelfinger and other plastic surgeons. And the market for cosmetic procedures is growing, particularly as new technologies enable a more natural look and certain facial procedures garner more media attention.

"If I had a patient of mine come in five years ago, they would typically just want to do one injection – and very conservatively," said Dr. Ivona Percec, associate director of cosmetic surgery at Penn Medicine. "Now, I have patients coming in asking me to do cheeks, lips, everything. They're much more comfortable knowing they'll get a more natural look than they would have five years ago."

New, more natural options for breast augmentation and other common cosmetic surgeries have increased her client's comfort levels with such procedures, Percec said. One of her fastest-growing procedures is labiaplasty, a reduction of the inner skin surrounding the vulva.

"I think the comfort zone of Philadelphia is increasing," Percec said. "I don't think it's ever going to be a place that's going to be overdone."

PLASTIC SURGERY BY THE NUMBERS

Each year, the American Society of Plastic Surgeons releases an annual report that includes a breakdown of cosmetic procedures per region. The data offers a glimpse into the way cosmetic ideals vary across the United States.

Last year, breast enhancements, liposuctions, rhinoplasties and eyelid surgeries all ranked among the top procedures in each of the five regions defined by the society. Among minimally-invasive procedures, Botox treatments, chemical peels, laser hair removal and soft tissue fillers each landed among the most common procedures in every region.

"It's actually less nowadays of Jennifer Aniston's nose and people like that. I don't see as much celebrities. It's more Facebook pictures or Instagram pictures of noses they've liked." – Ryan Heffelfinger, Thomas Jefferson University

"I think there's definitely a geographic preference for an aesthetic look," Percec said. "Certainly, in Southern California, we kind of have the extreme of what's being done in plastic surgery from an aesthetic standpoint. Like the 'Kylie Lip' has become huge and now a term we use very frequently," referring to Kylie Jenner of the Kardashian clan.

"I think some of those trends trickle to us, but I think the Northeast is certainly a lot more conservative."

Among specific surgical procedures, breast augmentations, tummy tucks and liposuction were far more common out West, according to the report, which relied on member surgeons to accurately report their own data. So were facelifts, eyelid surgeries and chin enhancements.

The gap closed a bit when considering minimally-invasive procedures. Nearly as many soft filler injections were performed in the Northeast as the West. Botox treatments and chemical peels weren't too far behind. 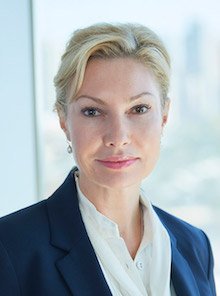 In Philly, the look of the face and nose often supersedes attention to breasts and butts, Heffelfinger said.

Similarly, Percec said face and eyelid lifts, as well as injectables, rank among her most common procedures. She also regularly does breast augmentations, but she said most women are not requesting large, unnatural breasts.

"If you look at the way Philadelphia dresses, most of them are not very exposed," Percec said. "You're not seeing people walking around in little gold stilettos and skimpy dresses in Center City. That's just not what we see. If you're walking down Beverly Hills, you're going to see a little different profile."

Even within Philadelphia there are different aesthetic standards, Percec said. Main Line and Rittenhouse Square residents tend to be more conservative in their approach and less willing to admit they have undergone cosmetic surgeries.

By contrast, Percec said, Society Hill residents have a longer history with cosmetic surgeries and injectables. Meanwhile, neighborhoods known for their hipster populations, like Fishtown, largely avoid it.

"I think we have pockets of the city that have an up-and-coming aesthetic and others are more conservative," Percec said. "Each area is going to behave a little differently."

Yet, over time, Percec anticipates geographic differences may become more minimized – particularly on a national level. Social media may play a big role in that transition.

"It's actually less nowadays of Jennifer Aniston's nose and people like that," Heffelfinger said. "I don't see as much celebrities. It's more Facebook pictures or Instagram pictures of noses they've liked."

"As a plastic surgeon, what we try to tell people about cosmetic surgery is this is not vanity. It's about people wanting to feel better about themselves, gaining self-confidence." – Dr. Ash Patel

More patients are requesting surgery in hopes of improving the way they appear in selfies, according to a study published in August. The researchers found pictures with filtered faces negatively impact self esteem, possibly even causing body dysmorphic disorder.

Thanks to social media and video platforms like FaceTime and Skype, Patel said people likely see more images of their faces than in previous decades. That, he suggested, has made them more self-conscious.

Yet, Patel said plastic surgeons must temper patients' expectations, reinforcing that everyone is different and that cosmetic surgery cannot completely transform someone's appearance.

"As a plastic surgeon, what we try to tell people about cosmetic surgery is this is not vanity," Patel said. "It's about people wanting to feel better about themselves, gaining self-confidence." 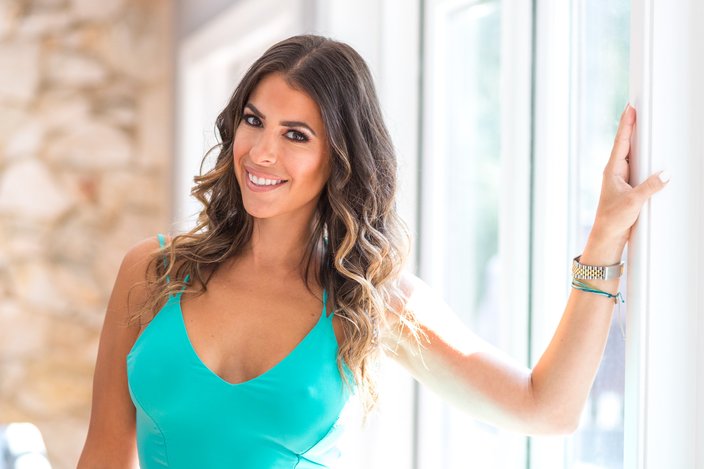 Blair Manus says she views cosmetic treatments as another tool to maintain her best appearance – just like exercising and eating healthy.

That is exactly why Manus said she undergoes cosmetic procedures.

"If there's something that you feel insecure about, or you don't like about yourself, I think cosmetic surgery, within reason, is a way to make yourself feel better about yourself," she said.

As a saleswoman, Manus sits in front of people every day. And she wants to look her best.

That's why she occasionally sees Dr. Howard Krein, a plastic surgeon at Jefferson Health whom she trusts will help her maintain a natural look. Under his watch, she uses Botox to soften wrinkles and fillers to gain a more symmetrical look to her face.

"I really look at getting injections as doing something to take care of yourself – much like eating healthy, getting enough sleep and working out," Manus said. "I'm a full-time, working mother. Sleep isn't something I have the luxury of doing eight hours a night. I think this is a great way of getting the bright-eyed and bushy-tailed look."