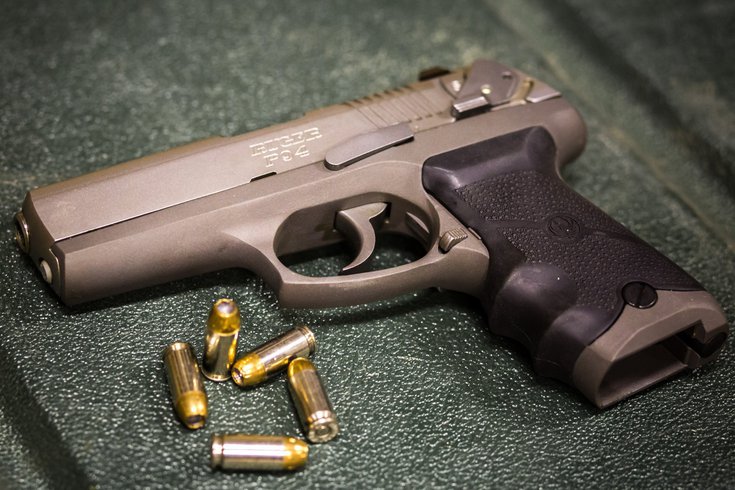 A report from the gun control group Brady found that nearly 30,000 crime guns recovered in Philadelphia in 2020 were originally purchased at just eight stores located around Southeast Pennsylvania.

A new report highlights how many guns recovered by authorities in Philadelphia come from a handful of legal firearm dealers across Southeast Pennsylvania.

The gun control group Brady's study found that in Philadelphia more than 20,000 crime guns can be traced back to just 11 federally-licensed gun dealers located in the city.

Another roughly 8,500 came from 10 dealers in the city's Pennsylvania suburbs. Of the 30 shops on the list, fewer than a third were located outside of the Philly area.

It's only a few shops that are selling these crime guns in large numbers, though. Brady found that just 1% of in-state dealers were responsible for 50% of the guns recovered in Philly and that 20% of dealers in Pennsylvania sold 90% of these guns.

That project, also known as the Track and Trace Initiative, was started by Attorney General Josh Shapiro in 2019 with the goal of centralizing statewide police data about illegal firearm transfers.

It's the "most important gun trace dataset to be (made) publicly available in decades," the Brady report says, as national firearm tracing data from the ATF is not publicly released. In 2002, federal legislation which prevented the agency from doing so was passed at the behest of the gun lobby.

Although the Pennsylvania dataset includes information about 186,000 crime guns, it's not comprehensive. Local law enforcement agencies were free to opt out of the program. Only 150 chose to participate.

The largest number of recovered firearms traced back to Colosimo's, where over 2,800 firearms recovered in Philly in 2020 were originally bought.

The well-known shop on Spring Garden Street was shut down in 2009 over allegations of straw purchasing, which is when a person buys a gun legally and either sells it on the black market or passes it on to someone who's not supposed to have one.

At the time, the ATF reported that 20% of all guns recovered at Philly crime scenes were traced back to the store.

But most of the stores on the list remain open, including the Philadelphia Training Academy. Almost 2,400 guns were traced back to the shop.

Owner Jimmy Mastroddi told the Inquirer that number seems "unfair" to him, as his store sells a large volume of guns and takes precautions to prevent straw purchases, which include ensuring that customers aren't speaking with someone else via phone or text.

“That is my first priority, to identify and dismiss any possible straw purchase,” he said.

Shapiro agreed that not too many conclusions should be drawn about individual businesses from this report as a small percent of bad sales at a busy store could show up in the data as a large number of crime guns, the New York Times reports.

The study found that Pennsylvania is unique amongst northeastern states because more than half of the guns recovered could be traced back to dealers in the commonwealth. That's not the case in places like New York City or Chicago, as the states they're in have stricter gun laws.