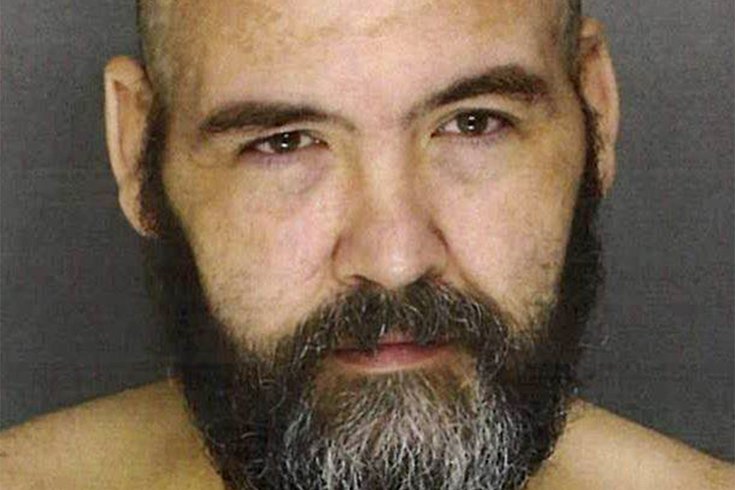 Kevin L. Stillman, 48, of Aston, Delaware County, faces felony counts of Firearm Sale to an Unqualified or Ineligible Person and Recklessly Endangering Another Person, according to the Montgomery County District Attorney's Office.

A Delaware County man who was allegedly selling firearms out of his car in the parking lot of a gun show was arrested earlier this month.

Kevin L. Stillman, 48, of Aston, faces felony counts of Firearm Sale to an Unqualified or Ineligible Person and Recklessly Endangering Another Person, according to the Montgomery County District Attorney's Office.

RELATED: Three men arrested for attempting to have sexual contact with minor children

Authorities gave the following account leading up to the arrest:

On Feb. 10, staff at the Greater Expo Center of Philadelphia in Oaks summoned authorities after learning a man was in their parking lot selling guns that Saturday morning outside the Eagle Arms Weapons Show.

Detectives immediately organized surveillance and initiated an undercover operation, and a detective posing as an interested buyer who could not legally possess a firearm was able to purchase two firearms from the defendant, authorities alleged. Stillman allegedly told the undercover buyer he would report the guns to authorities as stolen.

Subsequently, law enforcement officers from the Montgomery County Detective Bureau, Upper Providence Police Department and the Pennsylvania Attorney General's Gun Violence Task Force attempted to arrest Stillman, authorities said. Stillman then pointed a Glock 40-caliber handgun to his chin and threatened to kill himself. Detectives were able to talk to Stillman, convince him to surrender peacefully and eventually took him into custody without incident.
Authorities then obtained search warrants for Stillman's vehicle and home. In the vehicle, three rifles, six handguns, about 1,000 rounds of ammunition and multiple cardboard signs advertising firearms for sale were found. In his home, 10 long guns, two handguns and thousands of rounds of ammunition were located.
.

Due to Stillman's actions at the scene, he was held at a secure facility until he was able to be formally charged.

Arraigned Tuesday before Magisterial District Judge Cathleen Kelly Rebar, who set bail at $500,000 cash, Stillman was unable to make bail and remanded to the Montgomery County Correctional Facility. A preliminary hearing is scheduled for 10 a.m. on March 6, 2018 before Rebar.