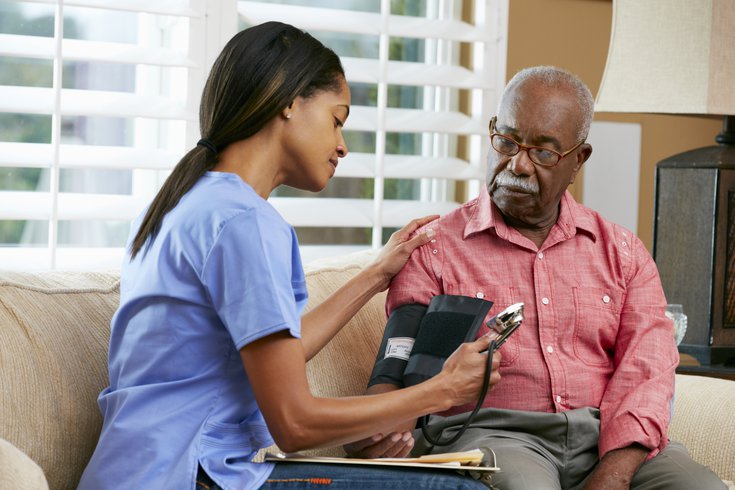 A new study identifies lifetime discrimination as a chronic stressor that may increase the risk of hypertension among Black people.

Racial discrimination may be among the reasons that Black Americans are far more likely to develop high blood pressure than white Americans.

A new study led by a Drexel University researcher identifies lifetime discrimination as a chronic stressor that may increase the risk of hypertension among Black people.

Researchers examined data of 1,845 Black adults, ages 21-85, who were enrolled in The Jackson Heart Study, which focused on cardiovascular disease among African Americans in Mississippi.

None of the study participants had hypertension when they enrolled between 2000 and 2004. By 2013, the end of the study period, 52% had developed high blood pressure.

Previous research has shown that 75% of Black Americans develop high blood pressure by age 55 – one of the highest prevalence rates in the world. By comparison, only about 55% of white American men develop hypertension by the same age; just 40% of white American women do.

"African Americans continue to be disproportionately affected by hypertension making it imperative to identify the drivers of hypertension in this population," said Allana T. Forde, a postdoctoral research fellow at Drexel's Urban Health Collaborative.

Forde said her team's research is among the first large, community-based studies to find an association between lifetime discrimination and hypertension. The findings indicate how chronic stressors can have a cumulative effect on health.

"Traditional risk factors, such as diet and physical activity, have been strongly correlated with hypertension, yet important psychosocial factors like discrimination, which also have the potential to negatively impact health, are rarely considered when evaluating the risk for hypertension among African Americans in heath care settings," Forde said.

"However, medical care is not enough. More broadly, our results suggest how social determinants such as racism and discrimination affect health in measurable ways. Addressing these factors is critical to reducing rates of chronic diseases."

The Jackson Heart Study asked participants to complete two follow-up visits, the first between 2005 and 2008, and the second between 2009 and 2013. The participants also self-reported their discrimination experiences through interviews, questionnaires and clinic examinations.

Forde's team said additional studies involving Black Americans in other parts of the country are needed to confirm their findings. They also noted that because discrimination was only measured at a single point, it limited their ability to capture any changes in discrimination over time.

The study was published in Hypertension, an American Heart Association journal.