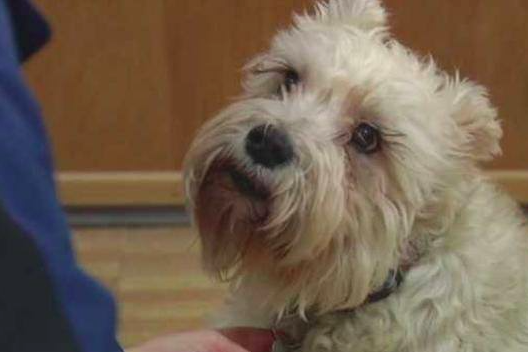 Sissy traveled 20 blocks to an Iowa hospital, where her owner was recovering from surgery.

American humorist Henry Wheeler Shaw, also known as Josh Billings, once said, "A dog is the only thing on earth that loves you more than he loves himself."

Time and time again, dogs have shown their loyalty to their human companions. And Sissy the Schnauzer is no different.

The adventurous white pooch broke out of her yard and bravely traveled 20 blocks to an Iowa hospital, where her owner was recovering from surgery, the New York Daily News reports.

With a little help from staff, she eventually made it to 64-year-old Nancy Franck's hospital room door.

Watch the surveillance video of Sissy's incredible feat below and read the full story.