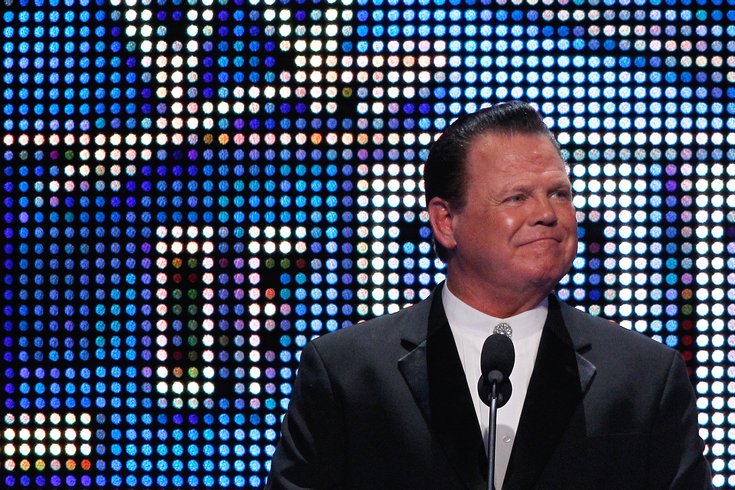 Jerry "The King" Lawler speaks during the WWE Hall of Fame Induction in 2014.

Domestic assault charges against Jerry Lawler and his fiancée, Lauryn McBride, have been dismissed, according to the Memphis Commercial Appeal. Lawler and McBride were arrested the morning of June 17, after a domestic incident in the Lawler’s home in East Memphis.

WWE has zero tolerance for matters involving domestic violence, and per our policy, Jerry Lawler has been suspended indefinitely following his arrest.

Both were arrested because officers could not determine who was the lead aggressor. The couple was ordered to stay away from each other after the incident.

Lawler’s attorney told the Memphis Commercial Appeal that the situation “was a big misunderstanding and won't happen again. We are happy with the outcome."

In Lawler’s absence, David Otunga has taken over color commentating duties on SmackDown.