One bus driver was so fatigued that a passenger had to take the wheel, complaint alleges 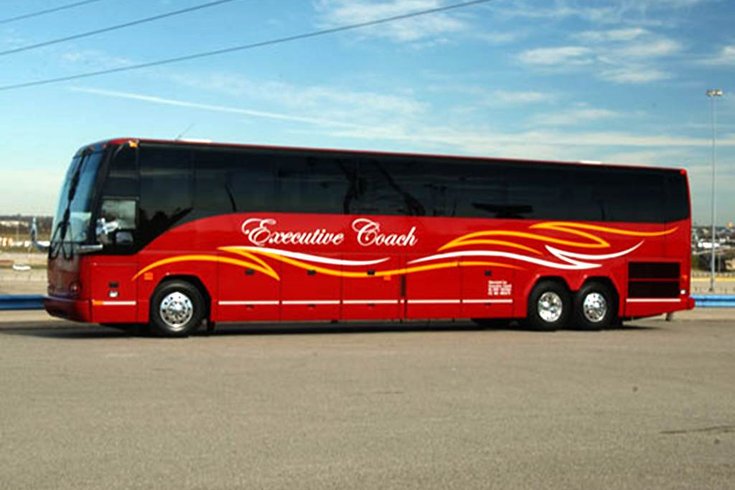 According to an investigation of Executive Coach Inc. by the U.S. Department of Transportation and the Texas Department of Public Safety, the charter bus company operated 10 motorcoaches from Dallas to Philadelphia and back for Pope Francis' visit in late September. Investigators found that several drivers drove the entirety of the 20-hour, 1,300-mile trip to Philadelphia, with a passenger taking the wheel for an exhausted driver in one case.

When Pope Francis made his first visit to the United States in September, about a million people streamed into Philadelphia to see the pontiff. Come Hell or high water, they were going to make their way to Philly to see the bishop of the Holy See.

Among those making the pilgrimage were 500 faithful from church organizations who hitched their hopes to an Irving, Texas-based charter bus operator. By the end of their odyssey, the pilgrims had every right to raise Cain.

Two charter companies run by the same operator, HME Executive Coach Inc. and Exec Coach Inc., were deemed an imminent hazard to public safety after numerous violations – the kind most often found in slacker road trip films – were documented by investigators on the 10 buses that made the round trip:

• Every single driver exceeded maximum on-duty and driving time limitations designed to prevent fatigued driving. On one of the buses, a driver became so exhausted that a passenger had to take the wheel of the bus. On another bus, multiple passengers took turns feeding the driver snacks and chatting with him to keep him alert (admittedly a kind gesture by the passengers on a 1,300-mile trek).

• Several drivers went the entire distance of the 20-hour trip.

• Two motorcoaches broke down during the trip. In one case, the driver and a passenger "fixed" an engine turbo using aluminum wrapping foil. In the other, a driver noticed a wheel with multiple missing and sheared-off lug nuts. The vehicle was taken to a repair facility in Tennessee where a mechanic discovered cracked wheel rims, which had to be replaced. A passenger had to pay for the repairs.

Following an investigation by the U.S. Department of Transportation's Federal Motor Carrier Safety Administration (FMCSA), the bus operator was ordered to cease operations.

In November 2015, Shahzad Chaudhry, owner of two companies, was ordered to cease all interstate and intrastate commercial passenger transportation services. During the investigation, FMCSA officials inspected 12 of Chaudhry's 14 buses. They found 28 out-of-service violations and 86 other serious safety defects on the buses. When the inspectors returned to the lot after placing out-of-service stickers on eleven of those vehicles, they discovered that all of the stickers had been removed and thrown in a trash can. The stickers were later replaced.

Earlier in 2015, Chaudhry had fallen into the bad graces of the USDOT operating authority, which hit him with $14,670 in civil penalties and suspended his companies from operating. Still, in the run-up to the papal visit, Chaudhry allegedly accepted payments from various church organizers in the Dallas area to provide round-trip transportation to Philadelphia between September 23-26, 2015.

Chaudhry had appealed the court order to cease operations, but on Friday, he decided to withdraw it, the FMCSA announced. As a result, the November out-of-service order remains in effect. The carrier's registration data, last updated in 2013, indicates that Chaudhry operated 43 vehicles and employed 30 drivers. He reportedly plans to sell the fleet of vehicles, FMCSA said.

No one was hurt during the round-trip accommodations and everyone got to experience the pope's electrifying presence. As Texans, it's possible the trip may not have even seemed hazardous to them. They would probably charge Hell with a case of bottled water they got in Philadelphia.