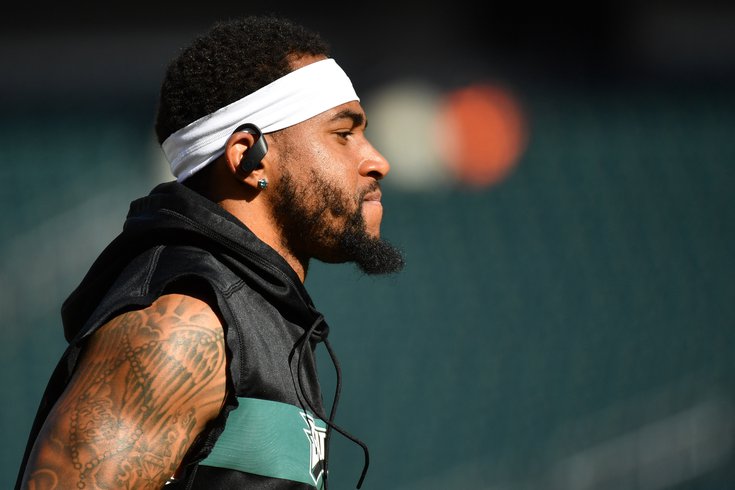 When the Eagles announced late last week that wide receiver DeSean Jackson would be fined for posting anti-Semitic quotes falsely attributed to Adolf Hitler on his Instagram, there was a caveat, one that said "in order to remain on the team, [Jackson] must also commit to supporting his words with actions."

And it appears the veteran wideout is taking the first steps in that regard, as he has reportedly accepted an invitation to visit the Auschwitz concentration camp in Poland on behalf of Holocaust survivor Edward Mosberg, who made the announcement during a Zoom call with Jackson while wearing his Auschwitz uniform.

During the call, Jackson, who is a wide receiver for the Philadelphia Eagles, explained that “I grew up in Los Angeles, and never really spent time with anyone from the Jewish community and didn’t know much about their history, this has been such a powerful experience for me to learn and educate myself.”

He added that “I want to take the proper steps to let people know that I never intentionally had any hatred in my heart, I never wanted to put the Jewish community down, I want to educate myself more and help bridge the gaps between all different cultures.”  [jpost.com]

Jackson was first invited by Mosberg last week, following his initial post of harmful words that suggested Jewish people were trying to control the world. Jackson also received invitations to the Museum of Jewish American History and the Holocaust Memorial Plaza in Philadelphia, and has spoken on the phone with Patriots wide receiver Julian Edelman, who invited Jackson on a trip to Washington, D.C. in which the pair could visit both the Holocaust Memorial Museum and the National Museum of African American History in an effort to learn more about each other's cultures.

According to The Jerusalem Post, the trip will be "set up by From The Depths, an organization dedicated to preserving the memory of the Holocaust, of which Mosberg is honorary chairman." They've already been in contact with Jackson and his team, said From The Depths founder Jonny Daniels, who also initiated the call between Mosberg and Jackson.

While all of these efforts are important for Jackson, none will hit home as hard as seeing the horror first-hand in Auschwitz, which was the largest concentration camp and was the location of the death of more than one million Jews during World War II. However, given the current travel restrictions due to COVID-19 and the start of NFL training camp just around the corner, it's unknown when Jackson will get to travel to Poland.