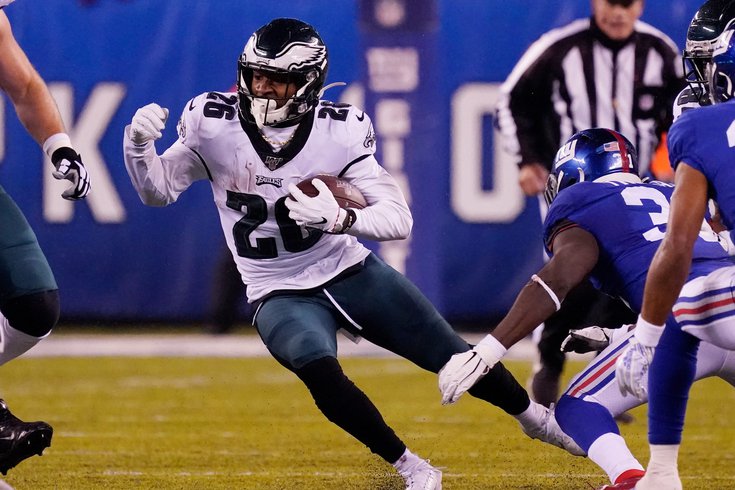 The Philadelphia Eagles are perhaps as healthy as they have been all season, as a slew of players should return to action this Sunday against the New York Giants — a game in which the Eagles are currently 3-point favorites, according to TheLines.com's consensus odds.

• LG Isaac Seumalo (21-day practice window activated): Seumalo could be added to the 53-man roster on Saturday, but for now he remains on IR, which means the Eagles don't have to give a status for him on the injury report.

If the Eagles activate him on Saturday, Seumalo will likely start at LG, and the rest of the line will likely look like this:

Update: Seumalo was not activated to the 53-man roster.

• TE Zach Ertz: Ertz hasn't had the best 2020 season. He watched as Travis Kelce signed an extremely team-friendly contract, thus hurting his negotiating power, followed by publicly voicing his frustration with the lack of a new deal, followed by a lack of productivity on the field, followed by a high ankle sprain that will keep him out 6-8 weeks.

• LB Nate Gerry: Gerry is obviously not a fan favorite these days, but he is a starter who never comes off the field, so the Eagles will have to figure out how they reassign his role, even it's hard to imagine they'll be worse off with someone else in there instead. T.J. Edwards has played better than Gerry since Edwards' return from IR.

• WR Golden Tate: The Giants told Tate to stay home for their matchup last week against the Football Team, a game they won. Tate has 22 catches for 226 yards and 2 TDs this season, one of which came against the Eagles Week 7.

• CB Isaac Yiadom: The Eagles would rather this guy be healthy.

• Edge Lorenzo Carter (IR): Carter ruptured his Achilles in the Giants' loss to the Cowboys. His season is over. 9.5 sacks in three seasons.

• CB Ryan Lewis (IR): Lewis has bounced around the league, even landing with the Eagles for two games in 2019. He played in five games for the Giants this year, starting three games, before landing on IR with a hamstring injury. Isaac Yiadom will likely start for the Giants at CB opposite James Bradberry, and as we noted in our five matchups to watch, the Eagles should target him heavily.