Ndamukong Suh: 'I made the right choice' to come to Philly 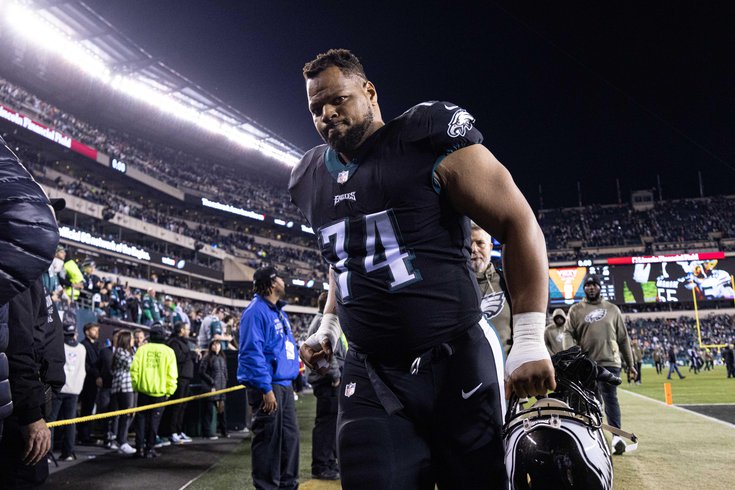 Sunday was a bad one to be Ryan Tannehill, Derrick Henry, or any Tennessee Titans player, really. The Eagles' defensive line caused havoc, sacking Tannehill six times. Henry, as powerful of a running back as I've ever seen, totally underwhelmed with 30 rushing yards on a lackluster 2.7 yards per carry.

This d-line is playing this well because of how deep they are. With Jordan Davis' return to the field, the Eagles now have a defensive tackle rotation of Davis, Javon Hargrave, Fletcher Cox, Ndamukong Suh, Linval Joseph and Milton Williams. There are 14 total Pro Bowl nods among that unit. The midseason additions of Suh and Joseph came at the perfect time after Davis' ankle injury and the way Cox was being overextended in his age-32 season. Those moves remind me of how Howie Roseman and the front office stacked the defensive line on the way to a Super Bowl win in 2017.

Suh is certainly happy he ended up in Philadelphia, tweeting this Monday morning after the team's blowout win:

It just gets better and better.

2017 vibes indeed. Vets with championship experience coalescing with young, up-and-coming stars to captivate the city? That's a formula that pays off come February. I fear for opposing offensive lines who'll have to deal with these guys in the postseason.