Eagles tickets for the NFC Championship go on sale Tuesday 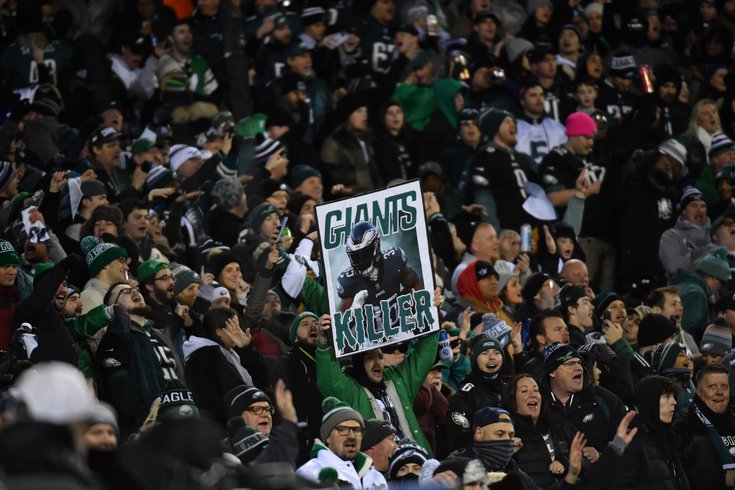 Have coffee and your card at the ready if you plan on going to the NFC Championship game next Sunday.

Tickets for it will go on sale Tuesday at 10 a.m. ET with a limit of four per household, the Eagles announced Sunday morning following the team's 38-7 thrashing of the Giants in the divisional round the night before.

Tickets can only be bought online through Ticketmaster (which, we know, everyone's favorite).

Tickets can only be purchased online at Ticketmaster .com. There is a four-ticket limit per household pic.twitter.com/H3f6rzxZlU

The opponent is still to be determined – the Eagles will face the winner of Sunday's 49ers-Cowboys game – but 3 p.m. ET next Sunday at Lincoln Financial Field to decide who goes to the Super Bowl is a lock.

And whichever team does have to come through Philly will not only have to face the Eagles but the raucous crowd too, as the Giants and former QB Eli Manning can attest.

The NFC title game is undoubtedly going to be the hottest ticket in town. The cheapest resale ticket available as of this post was $778 for the nosebleeds (not including fees of course, because Ticketmaster: everyone's favorite).