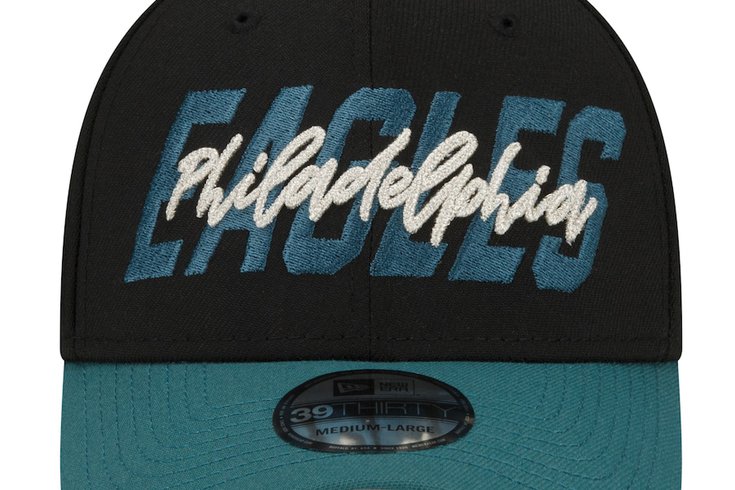 The Philadelphia Eagles 2022 NFL Draft hat is now available from Fanatics. The draft will be held April 28-30 in Las Vegas, Nevada.

It's no secret that the 2022 NFL Draft is shaping up to be the most significant opportunity the Philadelphia Eagles have had in years to acquire young, top-end talent.

With three first-round picks and 10 total selections heading into the April 28-30 draft in Las Vegas, the Eagles are loaded with capital to make moves. Whether they use all of their top picks or ship some out in trades to position them in future years, the choices the Eagles make this year are setting the table for the team's push to become a Super Bowl contender again.

After a quiet free agency period, expectations that the Eagles materially improve through the draft will be even higher over the next month. With needs at all levels of defense and still (somehow) at wide receiver and along the offensive line, Howie Roseman could go in any direction — even quarterback.

As mock drafts and speculations start heating up over the coming weeks, we now know what the newest Eagles will be wearing after they hear their names called.

Fanatics unveiled its 2022 NFL Draft hats for all 32 teams on Monday, featuring a cursive type scrawled over the team name in block lettering. They come with both green and black bills, with the latter style a bit more subtle because the Eagles lettering is black, too.

The designs are pretty solid this year, if not necessarily bold. Last year's mesh-back hat had a cool design, but mesh isn't for everyone. This year's hat is available in fitted, flex and snap back designs.

Here's a look at the the last decade of Eagles draft hats.