Our staff predicts the 2015 Eagles season 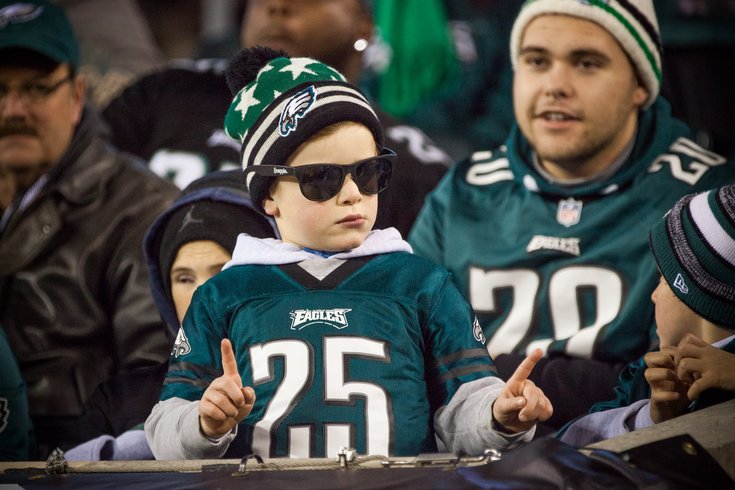 By their nature, predictions are extremely unreliable and labeling these educated guesses as such somehow gives them credence as a possible outcome. There's only one problem: there are an infinite number of possible outcomes, and no one -- not me, not you, not Vegas, no one -- actually knows what's going to happen over the course of a four and a half month season.

That being said, predictions have their place in sports, and almost everything we do in terms of how we consume the game is based around them. On a macro level, it could be whether or not we think a team is a "contender" or if a draft pick will pan out and become a Pro Bowl caliber player. On a more micro level, we try to figure out the next play before it happens. Even when a pass is in the air we are trying to calculate all the factors -- speed, trajectory, space, etc. -- and decide whether or not it will be a catch before the receiver even makes a play on the ball.

Basically, we're impatient. And these prognostications serve as a game within the game, an attempt to jump forward in time to the end of the play, game or season without having to wait for it unfold on its own.

Don't worry, we're still going to predict the Eagles season, just not on a game-by-game basis -- we'll do that each week when we have a little (read: a lot) more information on not only the Eagles, but also their opponents. Just don't let what we say here change the way you feel about the upcoming season, because, honestly, we can't predict the future. And if we could, I doubt we'd be writing for a living.

Now that you've been properly warned not to put much stock in what you're about to read -- you didn't heed my warning anyway, right? -- here are our predictions for the 2015 Eagles:

The Eagles have a chance to do something special this season. They have the best trio of running backs in the NFL, elite talent at the three most important spots along the OL, an overwhelming number of options in the passing game, pass rushers in numbers, a stingy run D, a very young and talented front seven, an improved secondary, and the best special teams units in the league.

However, in the NFL, you either have a quarterback or you don't, and if you don't you have no chance. Sam Bradford looked incredible during the preseason, but will still have to prove he can do it in the games that matter. Obviously, he will also have to stay healthy if the Eagles are to have Super Bowl aspirations. But certainly, the Eagles have surrounded Bradford with enough talent to make some noise this season.

The Eagles play in a weak division and will face a schedule in which their opponents had a combined record of 121-134-1 in 2014. I see an 11-5 finish, an NFC East crown and one playoff win.

Before training camp started, I honestly had no idea what to think of the Eagles. They were so incredibly formidable in some areas (running back, tackle, the entire front seven, special teams), completely unproven in almost as many others (guard, secondary besides Jenkins and Maxwell, receiver) and were playing the wildest of wild cards at the most important position in sports.

Here is what I did learn from the preseason, or at least was reminded of: Even if outside linebacker depth is questionable, the front seven is excellent and Bennie Logan looks primed to make a leap. The receivers don’t seem like they’re going to be overwhelmed, especially because Chip Kelly’s offense allows them to run open fairly frequently. The special teams still look great. The reworked offensive line can still block, especially in front of a couple of one-cut running backs. And most importantly, the shockingly accurate Sam Bradford is going to be very good if he stays healthy.

The injury potential up and down the roster and the play of the secondary are both worrisome, but this team looks really good and their schedule does not. If the preseason ends up proving misleading, I’m willing to live with it.

Sometimes, when it comes to predicting a team's success, it's just as important to predict the relative success of that team's opponents.

Starting with the NFC East, it's hard to see the Eagles losing more than two of those games. The Redskins are a dumpster fire. The Cowboys, who were 12-4 last season, lost their best offensive player and the NFL's leading rusher from a year ago in DeMarco Murray. And the Giants, well, I'm not sure anyone knows what to expect from the Giants. They've won 10 games just once in the last six seasons (10-6 in 2010), but they've won a Super Bowl during that stretch. So when it comes to the division, I think the Eagles will beat the Washington twice and split with the Giants and Cowboys.

Looking outside the division, I think there's a chance they go 7-3 (or better) in those games. There are a few potential losses on the schedule -- most notably, their trip to Foxborough to take on the Patriots in Week 13. But overall, their schedule isn't that difficult. They play a lot of potentially good teams -- the Cardinals, Dolphins and Saints to name a few -- but avoid some of the league's best, like the Seahawks, Broncos, Packers and Colts. Unfortunately, that also means they don't play many bad teams.

But those opinions of the Eagles' opponents are based on how those teams played last year and how this year's roster looks on paper. We won't really know how tough their schedule is until a few weeks in the seasons. The Dolphins could turn out to be a very good team, or they could struggle. And the same could be said about the Lions, Cardinals, Saints, and Panthers.  Because of this -- not to mention all the new pieces the Eagles have brought in -- the team's final record is even more difficult to predict.

Chip Kelly's been able to win with Nick Foles, Mark Sanchez and a way-past-his-prime Michael Vick; a healthy Sam Bradford is a much better passer than any of those three. Zach Ertz and Jordan Matthews have had another offseason to develop. The backfield is deeper. They improved the secondary. Their front seven could be scary good. So barring any serious injuries, I think Chip finally gets over that 10-win hump and wins at least one playoff game for the first time since arriving in Philly.

We also asked some of our PhillyVoice colleagues to predict the Eagles' final record. Here's what they came up with: