Eagles RG Brandon Brooks has a torn Achilles, season over 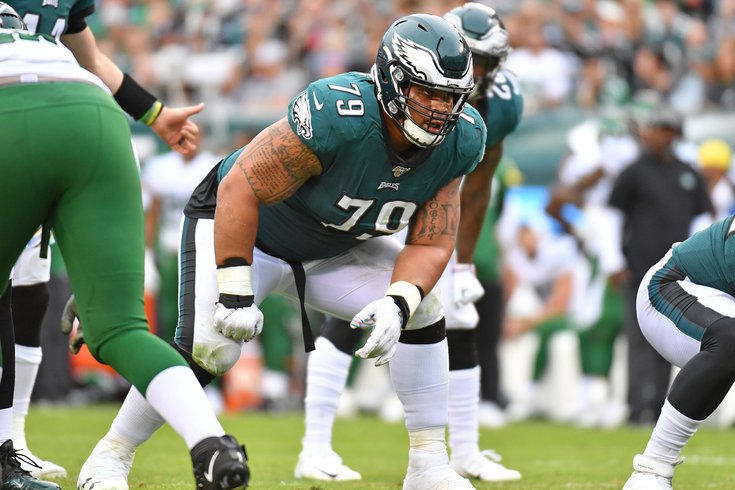 Philadelphia Eagles Pro Bowl RG Brandon Brooks has a torn Achilles, and his 2020 season is over before it ever even got started. The injury was first reported by Derrick Gunn of NBC Philly, and confirmed by Brooks himself.

So I guess now that news is out yes I tore my other Achilles but when life gives you lemons you make lemonade. I’ll be back and better than ever. Appreciate the love ✊🏽

Needless to say, this is a huge loss for the Eagles' offensive line. Brooks' torn Achilles is the third major injury he has suffered in fewer than 18 months:

With Brooks out, the most logical next man up is third year pro Matt Pryor, who filled in at RG after Brooks' injury last season, and showed some good, some bad.

Brooks was able to return from his first torn Achilles in time for the start of the 2019 regular season, an extremely impressive feat for a 340-pound man. Brooks has also heroically battled anxiety and become one of the team leaders in the locker room, though certainly his now extensive injury history has to be a major concern going forward, from a roster-building perspective.

So, if you were hoping the Eagles would have better injury luck in 2020 after three straight years of extreme misfortune... nope.