According to hometogo.com, the Philadelphia Eagles will travel 20,294 miles this season, which is the 11th highest total in the NFL. A graph showing the entire league. 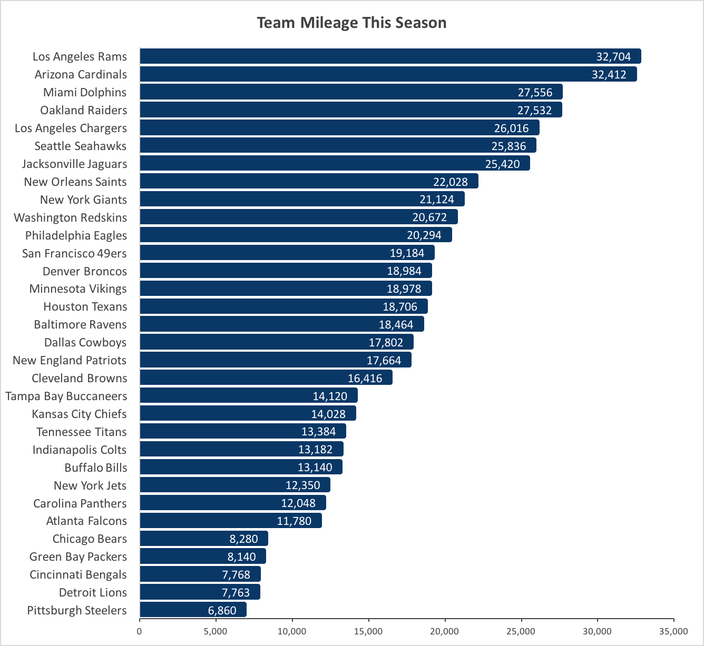 In actuality, the Eagles' travel will be less than that, as they are staying in California the week in between December road games at Seattle and Los Angeles. (Update: Apparently they save 3,818 miles by staying out west.)

Normally, the Eagles are among the least-traveled teams in the NFL, but with the entire AFC West and NFC West on their schedule this season, it makes sense that they are on the high end in 2017.

Obviously, this is information that you simply could not live without, so you're welcome. I'll only add that it's a shame DeMarco Murray isn't on the team anymore, as he could have gotten in some quality face time with Jeffrey Lurie this season.