For third year, Eastern State will transform into the Seven Kingdoms

By Sinead Cummings
PhillyVoice Staff
Game Of Thrones Beers
from 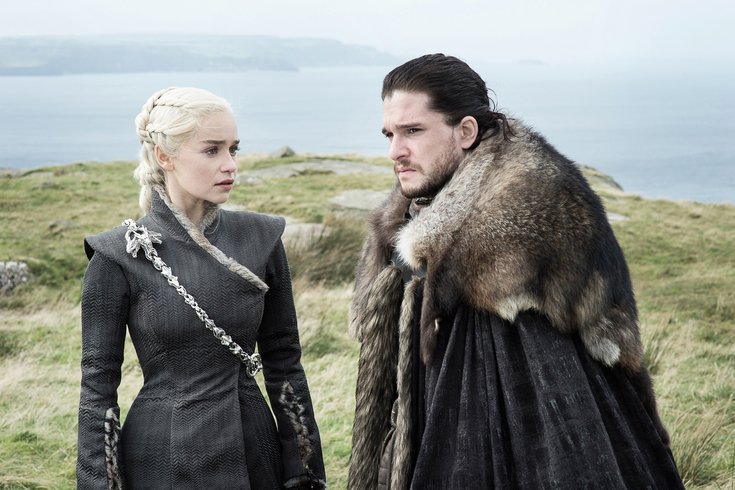 Emilia Clarke and Kit Harington during a scene in "Game of Thrones" season 7.

For the third year, a big party at Eastern State Penitentiary will mark the release of Brewery Ommegang’s latest "Game of Thrones" beer.

On Wednesday, June 20, hallways and rooms within the historic prison will be transformed into the Seven Kingdoms of Westeros. In each area, attendees will have the chance to sample Ommegang's brews inspired by the hit HBO series.

The 2018 release is a beer for Cersei called Queen of the Seven Kingdoms. It's a sour blonde ale blend with a 6.7 percent ABV.

In addition to beer, attendees can enjoy live music, a DJ and fire dancers. This party will also be your chance to sit on the Iron Throne.

Tickets, which include beer plus snacks from Di Bruno Bros., are $65 per person. They will become available for purchase at noon on Friday, June 1.

Last year, tickets sold out in a day.