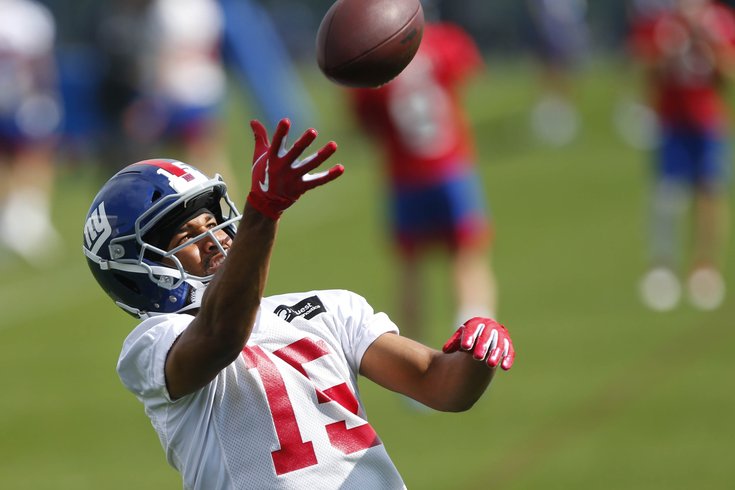 On Tuesday, the NFL denied the appeal of New York Giants wide receiver Golden Tate's four-game suspension, and he will serve it in full. That's bad for the Giants, and thus, good for the Eagles, right? Well, maybe not, as former executive Joe Banner pointed out:

What is Joe talking about? Well, because Tate will not be paid during his four-game suspension, he will forfeit 4/17th of his salary, lowering his contract value and playtime, which are both part of the formula in determining the level of the 2020 compensatory draft pick the Eagles would receive for losing him in free agency this offseason. Joe is indeed correct that Tate's suspension could affect his comp pick status, per a league source.

But, will the Eagles' comp pick be affected in this case? The short answer is, "Nah, probably not." But, of course, we'll give you the longer answer.

We will be referencing OverTheCap's Nick Korte's comp pick cancellation chart below. This is what it looked like prior to Tate's suspension becoming official:

As you can see, the Eagles were in line to receive a fourth-round pick for the loss of Tate in free agency. If Tate's APY (average per year) pay were decreased somewhat, that chart could look something like this instead:

In other words, rather than Hicks being canceled out by L.J. Fort, Tate would be instead, and the Eagles would still be projected to receive a fourth-round pick for the loss of Hicks anyway.

Still with me? Great.

The only way Tate's suspension could possibly bite the Eagles is if they were to release Fort or Andrew Sendejo, which would eliminate them from the comp pick formula, and as a result, would no longer cancel out Tate. In that event, it's possible that the comp pick value in return could go from a fourth-round pick to something lower.

Korte, however, believes that the decrease in Tate's contract value would be nominal, and might still be valued at the fourth-round level:

At worst, if the Eagles cut one of Andrew Sendejo or LJ Fort to open up a third compensatory pick, it would just be lower than an additional 4th rounder.

It was my pleasure to walk you through this near catastrophe.