Icons can gauge satisfaction of both providers and patients, Penn Medicine study finds 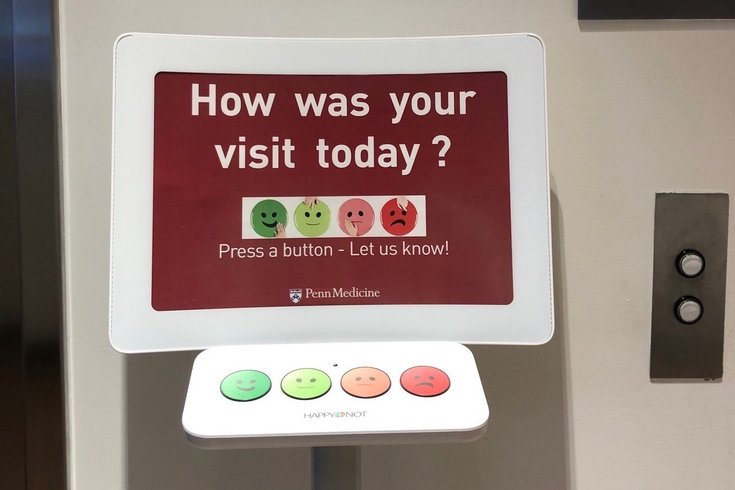 Simple button terminals featuring emojis can effectively gauge the sentiments of patients and medical providers in real time, according to a Penn Medicine study.

People have been texting, tweeting and emailing emojis for years. So why not incorporate them into hospitals' emergency departments?

The terminals used in the study were similar to those found in airports, sports arenas and other places attempting to measure visitor satisfaction. They included four emoji buttons featuring emotions ranging from very positive – shown as a green, smiling face – to very negative, depicted by a red, frowning face.

Researchers placed three terminals in an urban emergency department: one near the physicians' workstations, another by the nurses' workstations and the last near the patient exit.

An average of 108 sentiments were recorded each day, suggesting that health systems can collect real-time feedback from both patients and providers, researchers said.

"This can allow for support when things are going well and addressing challenges when they occur," said Dr. Raina Merchant, director of the Penn Medicine Center for Digital Health and the study's lead author.

The study primarily served to determine whether the terminals would be used with regularity. But researchers also found some associations between recorded sentiments and patient volume.

At the patient terminal, high satisfaction responses outnumbered negative responses by an average of 25 percent each day. By contrast, doctor and nurse sentiments had a moderate association with the number of patients waiting to be seen.

"I think our staff are happier when things are working smoothly, times where we can quickly treat people and keep things moving," said researcher Dr. Anish Agarwal, an assistant professor of emergency medicine at Penn Medicine.

The study was published Wednesday in the Annals of Emergency Medicine. Researchers said additional studies are needed to better understand why sentiments shifts occur and determine the best ways to respond to those shifts.