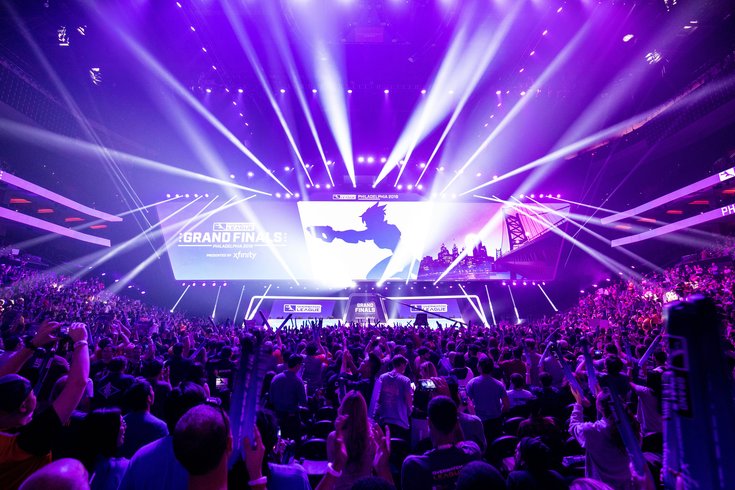 Philadelphia's esports team, The Fusion, will play the first homestand in its three-year history this weekend at The Met Philadelphia. Above, the Overwatch League Grand Finals being played at the Wells Fargo Center in 2019.

The Philadelphia Fusion, the city's professional esports team, will play the first homestand in its three-year history when it opens the 2020 season this weekend.

Called "The Battle of Brotherly Love," the homestand begins Saturday with a 6 p.m. showdown against the Washington Justice. On Sunday, the Fusion will face the Florida Mayhem at 6 p.m. Both matches will be held at  The Met Philadelphia.

It marks the first of three weekend homestands the Fusion will play during the season. The first two are being held at The Met while the third is taking place at Boardwalk Hall in Atlantic City, New Jersey.

The Fusion are expected to move into a new esports arena at the sports complex in South Philly in 2021. Construction on the $50 million Fusion Arena, which is expected to seat 3,500 spectators, began last year.

The arena also will have a 10,000-square-foot training facility, two balcony bars, a broadcast studio and premium seating for concerts and corporate events.

The Fusion are one of the original 12 teams in the Overwatch League, which began in 2018. That year, the Fusion advanced to the league's Grand Finals before losing to the London Spitfire.

“We are thrilled to bring the Philadelphia Fusion home for the 2020 season," Joe Marsh, the team's chief business officer, said when the homestands were announced last August. “The Met and Boardwalk Hall both have a rich history of hosting world-class events. We can’t wait to bring professional Overwatch to these venues and create unforgettable experiences for our fans.”