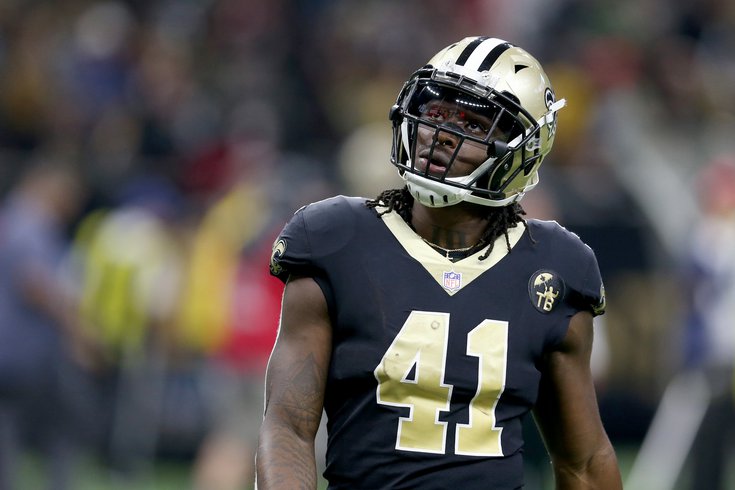 Alvin Kamara once said the Saints would have "beaten the s*** out of the Eagles" in the NFL Championship Game. We'll never know, because the Saints choked in the divisional round against the Vikings.

After taking a look at the NFL's Week 8 injury reports, it seems clear that there will be some very difficult game-time calls Sunday as several key players are going to be last minute decisions.

Here's the latest to help fantasy football team owners prepare, just in case a star player is ruled out before kickoff:

These two big time fantasy stars are each listed as questionable this week as they were limited — or even missed — practice time this week. There seems to be a pretty good chance each may be held out of Sunday's Week 8 contest at the last minute, so fantasy owners will need to pay attention Sunday morning and make sure they have a "Plan B" in case neither is ready to go.

Mahomes did some work in practice this week, as he works his way back from a recent kneecap injury, but he was officially ruled out for Week 8. Matt Moore will start, and will make the Chiefs' weapons a bit less valuable. Be cautious when picking your starters this week.

Another week, another Packers game without Aaron Rodgers' top target Davante Adams. The QB was just fine last week without Adams throwing a ridiculous six touchdown passes. Adams' owners should expect him to be out with his toe injury in Week 8.

Jacobs, the top rookie running back in fantasy this year, has been limited in practice all week with a shoulder injury and is currently listed as questionable. He could create a tough situation for his owners, as he plays at 4:25 Sunday afternoon. For what it's worth, he has said he expects to play. Still, it's a risk keeping him as a starter if you don't have a late-game option to tag in his absence. Jalen Richards, his back up, is available in most leagues.

Quietly, Allen has had a great year so far. He may miss some time in Week 8, as a gametime decision on his availability will rest on how his hamstring feels Sunday. Anthony Lynn, LA's head coach, said that Allen may have a limited number to snaps if he is deemed good to go. Have another WR in your plans just in case.

As we reported back on Monday, Fuller won't be playing this week. Which makes Keke Coutee and Kenny Stills startable options as one of the two will get some of the targets usually meant for Fuller.

It seems as though nearly every week the Pats top WR is listed as questionable and Week 8 is no different. The wideout was limited all week in practice with a chest issue. Watch his progress over the weekend and be ready to go if he is not.

Brown has served as the primary backup for Todd Gurley, but he won't suit up in London Sunday. Instead, Darrell Henderson will be the RB2, and is worth a look for fantasy owners in a desperate situation.

Green has yet to even practice in full in 2019, but he is reportedly back at position drills in Cincy and has an outside, but unlikely, chance to suit up very soon.

Have a back up plan in place, as the Cardinals' two best skill position players appear to be game-time decisions for Sunday. Johnson missed a chunk of Week 7 with an ankle injury and Kirk has missed more than that with his ankle setback.

Jackson has already been ruled out for Week 8 against the Bills as he continues to rehab back from an abdomen injury.