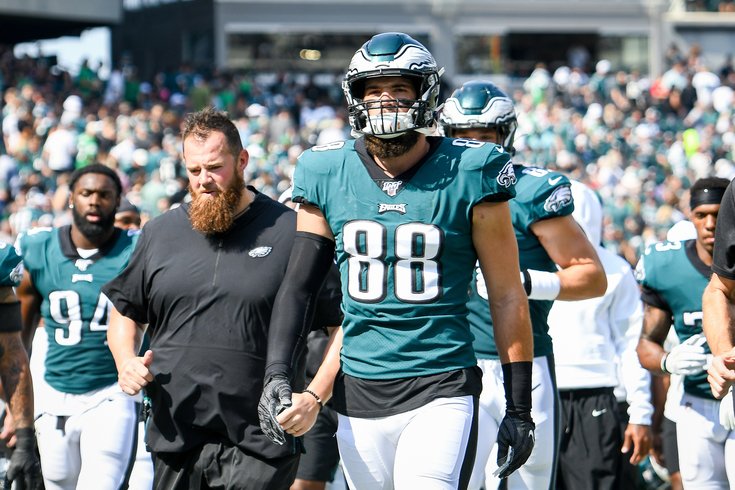 A huge list of injuries will create opportunities for players across the NFL this week, and a tough predicament for fantasy football owners across the country.

As we do every week, we've compiled the top player at each position to target on waivers. Each of the below players is available in a large percentage of leagues and could be a sleeper to post some numbers in Week 8.

He's perhaps an unconventional choice a week after getting the start over Marcus Mariota, but Tannehill is a proven NFL quarterback and will get a favorable match up in Week 8 against the Buccaneers — who allow over 318 yards through the air each week. He is very much available in around 95 % of leagues right now.

Johnson is Kerryon's (no relation) backup in Detroit — and it's looking like there's a good chance the Lions' starter will miss Week 8, opening things up for Ty. In relief last week after Kerryon exited with an injury, Ty Johnson had 10 carries and four receptions. He's owned by just 4 % of Yahoo leagues.

UPDATE: Johnson is done for the year...

Will Fuller V will be on the shelf for a bit with a serious but not season-ending injury — which promotes Stills to the No. 2 WR spot behind DeAndre Hopkins. The former Dolphin has 10 catches on 14 targets so far in Houston with one score. Expect those numbers to go up with DeShaun Watson looking his way a whole lot more.

The tight end market is one of the toughest to navigate, but after showing he's one of Carson Wentz' favorite targets over the first half of the season, it may be time to grab the second-year pro off waivers. He has two touchdowns this year and 22 targets — 12 of them in the last two games — and is on the field quite a bit with the Eagles running 12 personnel a lot.

They're playing the Dolphins. Really not much more explanation needed.