Fantasy football waivers: Is Adrian Peterson worth picking up or should you bid on Boston Scott instead? 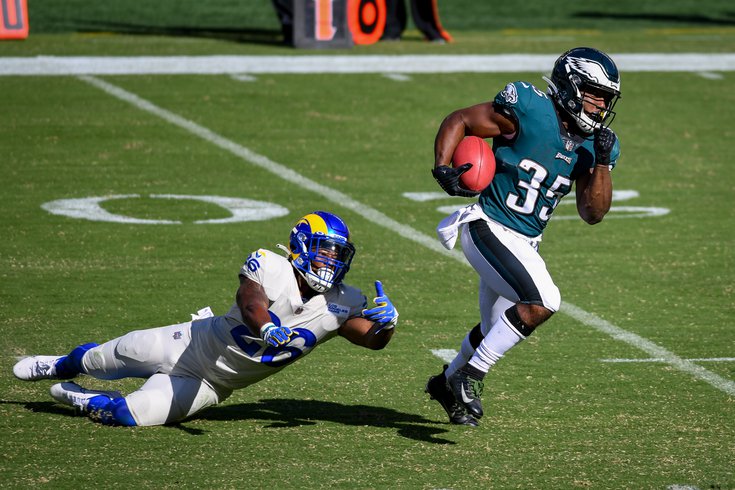 We're back to having four teams on byes again (the Lions, Seahawks, Buccaneers and Washington) and that paired with some injuries to key stars over the last week and you've got another tough week ahead.

Which means many fantasy team owners will be scouring the waiver wire for a free agent to help rescue them this week. As we do every Tuesday, here's a look at a player (or three) at each position we recommend targeting in free agency ahead of Week 9:

The Fins play the Texans, which means matchup-wise, you might not get a better opportunity to roll with Tagovailoa this season. He also strung together two very impressive starts in two of the last three weeks with 22 and 28 points respectively against the lowly Jaguars and Falcons (before an ugly one against the Bills' high-powered defense). Houston is a lowly team too, and Tua could post some numbers.

Yes, we know the Titans lost Derrick Henry, probably for the season, and signed Adrian Peterson Monday. But a smart fantasy play will let someone else deal with that. Peterson could very well be washed, and the Titans will surely be focused more on playing through Ryan Tannehill and their talented receivers. The team also has some RBs currently on the depth chart who could get touches, like Jeremy McNichols — who is a target-worthy name on waivers.

Our advice is instead to go for another injury replacement in Eagles' Boston Scott whom we examined yesterday at length. He scored two touchdowns last week while leading the Eagles' backfield in touches. He also can catch the ball which will be a useful still against a team like the Chargers next week. Scott is start-able in Week 9.

Okay, hear us out. This is another Dolphin, but with Parker available in more than 60% of Yahoo! leagues we expect him to be picked up in nearly every one of them. Ignoring for a second that Miami should be able to go hog wild against Houston in Week 9, Parker has had at least seven targets in every game he has played this season, and had 11 last week. He's had on-and-off injury issues stemming from a hamstring that finally looks right. Parker should get the volume you're looking for and could be a start-able guy this week.

Pittsburgh's rookie tight end has gotten seven targets in back-to-back games and is becoming a favorite target for Ben Roethlisberger with injuries to wide receivers all over the place around him. He's starting to show his floor is higher than it was to start the year, and he is becoming the Steelers' best red zone touchdown threat. Without a bevy of options at tight end right now, Freiermuth is worth a try.

The Falcons aren't particularly great, and the Saints defense has proven to be the reason they're 5-2 and in the playoff hunt right now, regardless of who their QB is. They're a good bet in Week 9 off waivers.