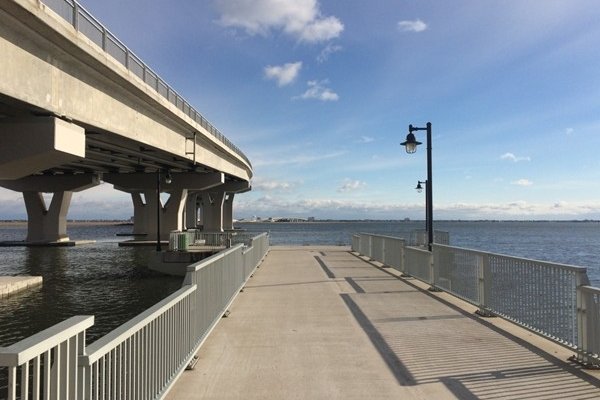 An FBI dive teams is actively searching underwater near this fishing pier leading into Ocean City.

The FBI dive team which spent Tuesday searching waters near the fishing pier along the Route 52 Causeway was gone by Wednesday.

That led to speculation that the team had recovered the evidence it sought. According to local police, FBI officials said they might be back on Thursday.

The pier is attached to the causeway which leads to Ninth Street, the busiest highway leading into the resort.

Meanwhile, a person jumped off the causeway Wednesday morning.

Unconfirmed reports indicated a body was recovered and CPR was performed.

An Ocean City police spokesman did not immediately respond Wednesday to a request for comment on either case or on a possible connection between the search and jumper.

An FBI spokesperson in Philadelphia said, "To the best of our knowledge, there is no correlation between the person who jumped and yesterday’s search. The timing, on the heels of the search, appears completely coincidental."

She did not respond to a question asking if a weapon had been recovered from the waters near the fishing pier.