The project, funded by the city's Division of Aviation, is part of a larger plan that will redesign the area 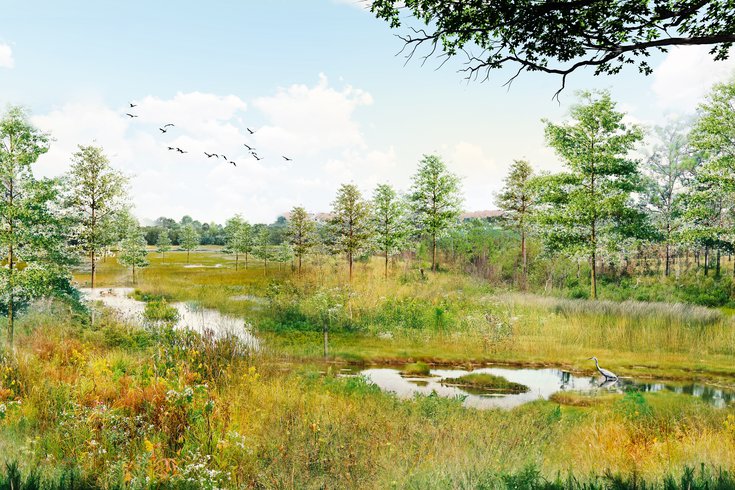 A 33-acre native wetland area is coming to the southwest portion of FDR Park. The project is part of Fairmount Park Conservancy's ongoing revitalization plan, which aims to create a better habitat for wildlife and increase accessibility for the public.

A 33-acre native wetland is coming to FDR Park in South Philadelphia as part of an ongoing effort to revitalize the city's largest green space, the Fairmount Park Conservancy said on Thursday.

The $30 million plan is being funded by the city's Division of Aviation and is part of its Wetland Mitigation Development Project. The project was designed to reduce any impact that Philadelphia International Airport's cargo expansion program may have on the wetlands.

The project has been incorporated into the FDR Park Plan, which was announced by Philadelphia Parks and Recreation and FPC in 2019. The plan aims to redesign the park by creating a better habitat for wildlife, while also making it more accessible to visitors.

The wetland is native to FDR Park, but routine flooding, low-laying land and overgrowth of vegetation have made its southwest border inaccessible and uninhabitable. The plan will rebuild the riverbank areas adjacent to Shedbrook Creek, reducing flooding and expanding habitat for flora and fauna. It also will include a boardwalk for public access.

"FDR Park is a home to so many rich Philadelphia communities, from birders and hikers, to youth athletes, cultural institutions, and naturalists," Kathryn Ott Lovett, commissioner of PPR, said in a statement. "The wetland project and Nature Phase will deliver for those who love FDR Park today while building a sustainable, resilient foundation that will allow future generations of South Philadelphia families to enjoy FDR Park for years to come."

Wetlands are areas where land is typically covered by water and are an ideal habitat for fish, amphibians and water birds. The plan will reintroduce several ecosystems to the area that have not been able to sustain life since the park was first built in 1914.

The first step in the Wetland Mitigation project is grubbing, which involves removing vegetation overgrowth to make way for 7,000 new trees and 1,700 bushes and woody shrubs. It also involves a significant excavation of accumulated soil that will be preserved for later use to bring portions of the park above sea level.

The project includes the installation of two new tide gates to replace an aging, malfunctioning gate. This will allow for more efficient drainage without compromising the park's stormwater system. 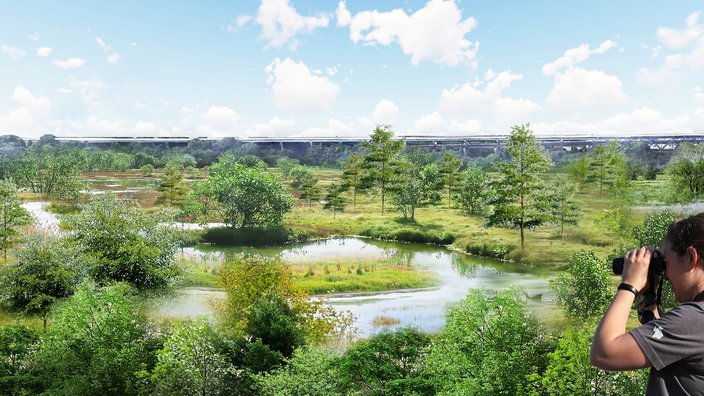 The $30 million effort includes the installation of two tide gates that will replace the single, aging one currently in place. The construction project will remove all excess vegetation and excavate accumulated soil before planting 7,000 trees and 1,700 bushes and shrubs.

"Returning part of FDR Park to wetland is an important step toward creating and maintaining a world class public park that is built on the Delaware River watershed," Maura McCarthy, executive director of  FPC, said. "The wetland and creek project will make FDR Park a paradise for birds and local birdwatchers and open up a section of the park that has been inaccessible for decades."

In addition to the natural elements of the park, the full $250 million revitalization includes athletic fields, picnicking areas, tennis courts and playgrounds. FPC and the PPR celebrated the plan with the grand opening of the park's new welcome center in May.

Some South Philly residents have criticized the plan, particularly regarding the former golf course that closed in 2019, which has become overgrown with vegetation. While the FDR Park Plan will turn the area into an athletic field and preserve some of the excavated soil from the wetlands, some residents have suggested keeping the entire area as a natural space.

In FPC's most recent renderings of the abandoned golf course, a portion of the area will be retained as forested wetland and a hill, WHYY reported.

The initial construction project will take 12 to 18 months, but is only one of 12 projects included in the Nature Phase of the FDR Park Plan, which will restore more than 100 acres of land across the park. Other projects include the creation of a plant nursery, construction of a forest, a nature playground, kayak and canoe launch, and other meadow and forest restoration efforts.

The Nature Phase will likely last until 2026 and will encompass 60% of the park's 348 acres dedicated to natural areas, FPC said.