It's unclear what started the blaze at Cumberland County's F&S Produce, but no injuries were reported 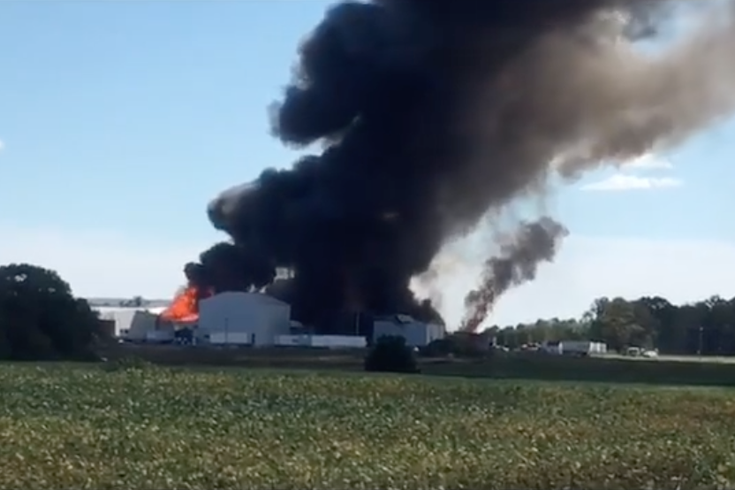 A multiple-alarm fire broke out Tuesday afternoon at a produce plant in Cumberland County.

A multiple-alarm fire broke out Tuesday afternoon at a produce plant in South Jersey, leading to evacuation of the plant and a sizable fire department response.

The fire broke out at Cumberland County's F&S Produce in Deerfield Township, according to Patch. Early reports indicate some of the produce plant's buildings may have been destroyed.

The fire was first reported just after 1:10 p.m., according to authorities. As of 4:30 p.m., it was unclear what started the fire, but no injuries were reported, according to NJ.com.

Firefighters were still on the scene around 4 p.m. dealing with the situation.

#BREAKING: Fire burning through a processing plant in Deerfield Twp, Cumberland Co, NJ. This is happening along the 700 block of Lebanon Road. Chopper 6 is over the scene...@6abc pic.twitter.com/ezx3XxNTKX

F&S Produce dates back to the early 1980s, and currently processes over 100 million pounds of fruits and vegetables, according to the company's website. The company's two processing plants in Cumberland County take up a combined 125,000 square feet.