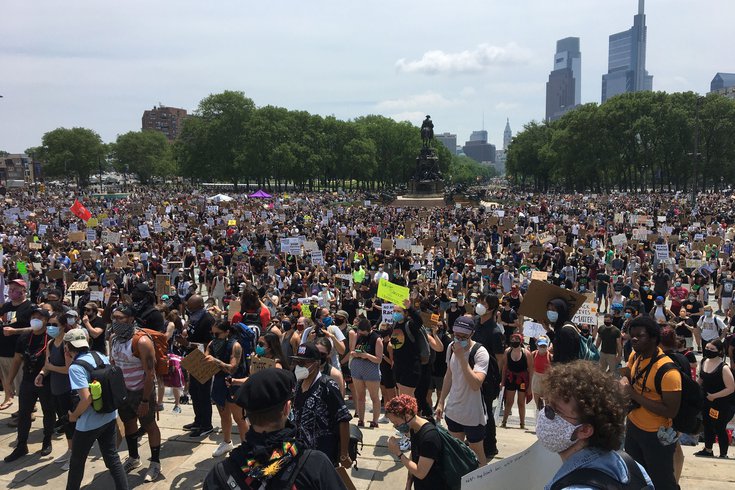 Tuesday marks the one-year anniversary of George Floyd's murder. City officials and community leaders released a slate of events and awareness campaigns to commemorate his legacy.

On the one-year anniversary of George Floyd's murder, Philadelphia officials are commemorating his legacy through a series of memorial activities.

Floyd died on May 25, 2020 after former Minneapolis police officer Derek Chauvin knelt on his neck for nine and a half minutes. Chauvin was found guilty on all counts for Floyd's murder on April 20.

His death sparked a national movement against police brutality and racial discrimination.

"George Floyd should be alive with his family today and it’s incumbent on all of us to keep his memory alive," Mayor Jim Kenney said, according to CBS3. "His death represented the countless Black Americans tragically killed by police, and it catalyzed a long overdue reckoning about systemic racism in this country. This week, I urge all Philadelphians to reflect on the tremendous legacy he leaves behind and on how we can continue to work together to enact police reform and dismantle institutional racism."

Boathouse Row, the FMC tower, Citizens Bank Park, Lincoln Financial Field, the Wells Fargo Center and other buildings will be lit up in gold to honor Floyd and all victims of police brutality Tuesday evening.

At 12:30 p.m., there will be a live-streamed multi-faith prayer vigil on the Office of Public Engagement's Facebook page.

Rev. Naomi Washington Leapheart, director of the City's Office of Faith-based and Interfaith Affairs, and other faith leaders will host the vigil.

"Please join us for a citywide prayer for healing, peace and strength to continue deep and lasting reform in whatever manner aligns with your faith," the city said.

City officials are hosting a virtual community healing circle on Thursday, May 27 at 5:30 p.m. via Zoom. Last month, the city launched these virtual safe spaces during the Chauvin trial.

"These Community Healing Circles are intended to help residents share their feelings and find community and support from neighbors," the city said.

Officials are also asking Philadelphians to use the hashtag "#PhillyiPledge" to commit one big or small action they can take to support Black and brown communities and combat systemic racism.

"This week, we urge all Philadelphians to reflect on the tremendous legacy George Floyd leaves behind and on how we can continue to work together to enact police reform and dismantle institutional racism," a press release from the city read.

On Monday night, the city hosted a screening of the film, "We Breathe, We Live: Brotherly Love Protest Stories" on WHYY. The documentary tells the first-person experiences of seven men of color who participated in the Black Lives Matter protests last summer


The city also created a guide for creating safe spaces for people and organizations to talk about racism, racial identity, equity and justice.

The 24/7 Philadelphia Crisis Line can be reached at (215) 685-6440. It has behavioral health specialists ready to help those in need.
Black Men Heal offers mental health resources for men of color.
MindPHL offers free mental health resources and programs through a partnership between Philadelphia and Independence Blue Cross.
Addressing Trauma and Violence, a guide from Healthy Minds Philly, provides information about community support and well-being.
Boost Your Mood is another resource guide out of Healthy Minds Philly