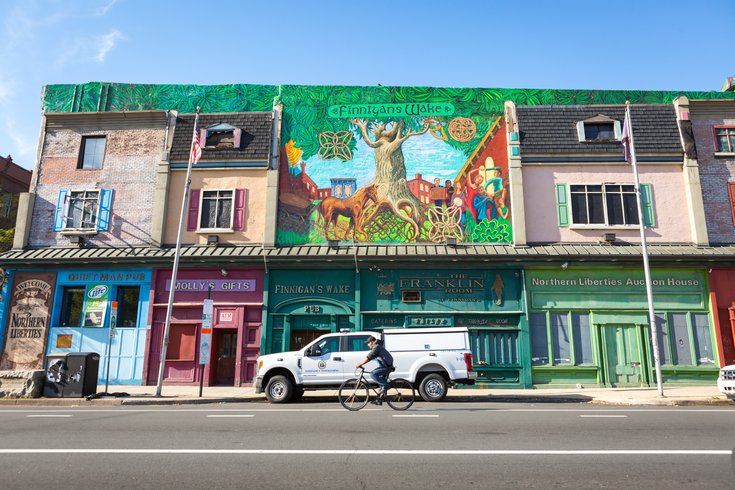 Philadelphia-based delivery service goPuff will soon put an end to the long vacancy of the Finnigan's Wake building at Third and Spring Garden streets in Northern Liberties.

Together with Pennsylvania Gov. Tom Wolf, the company announced Tuesday that it will establish the new headquarters and bring 10 warehouses to Pennsylvania as part of a $4 million expansion.

We have nothing but love and gratitude towards our home city of Philadelphia! We are honored to be able to support Philly in the way it has supported us over the last five years. Thank you for the kind words @GovernorTomWolf! #WinTogetherhttps://t.co/D7nueLA7hx

The project will bring as many as 500 new jobs to Pennsylvania, including 150 new full-time positions at the Philadelphia headquarters. A $400,000 grant from the Department of Community and Economic Development is contingent on the company's plan to create jobs.

GoPuff was created in 2013 by Drexel University students Yakir Gola and Rafael Ilishayev, who set up an app service to deliver college students beer, condoms, junk food and other guilty pleasures. Described as a "digital convenience retailer," the company has since expanded to more than 40 markets in 21 states and Washington, D.C.

“We consider Philadelphia our first investor," Ilishayev said in a statement. "We would not have been able to scale our business as quickly and deliver the moments that matter most to our customers had it not been for the support of the city and the state."

For Northern Liberties, goPuff's move means there will finally be a businesses in the colorful former Finnigan's Wake property, which hasn't been occupied since 2014. The company will also take over the former warehouse of Joe Hand Boxing Gym, which recently announced it would leave the neighborhood after 10 years there.

How much of the Finnigan's Wake building goPuff plans to preserve remains to be seen. Dating back to its construction in 1906, the building has served as a home to the United States Paper Box Co., Datz Manufacturing Company and coffin maker Standard Casket.

The building's exterior is painted with a mural by Paul Santoleri, "In the Shadow of the Wood," that has been a fixture in Northern Liberties since 2006.

With the planned expansion, goPuff now aims to reach 60 markets by the end of 2018.

“GoPuff is a great example of how Pennsylvania’s strengths in aspects like education, workforce development, and economic stability have led to a climate where startups thrive,” Gov. Wolf said. “My administration is committed to providing the support needed by companies like goPuff as they grow.”