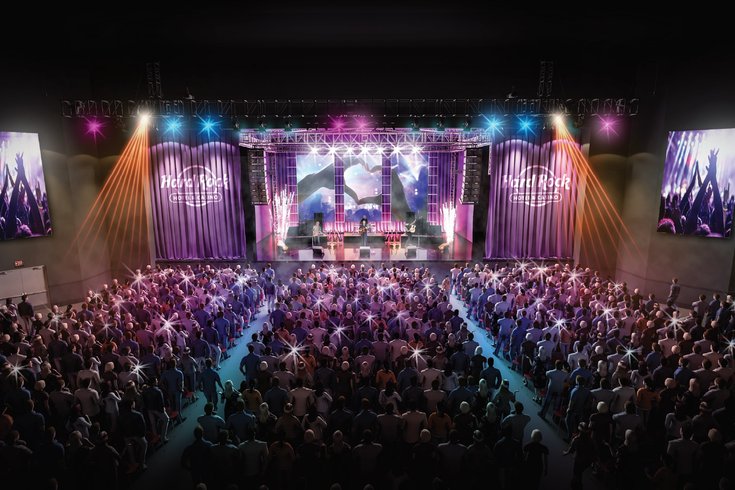 Hard Rock Hotel & Casino Atlantic City will officially open its doors to the public this morning, and it has a one-a-kind celebration planned to mark the historic occasion.

The general public is invited to join the resort on Thursday, June 28 at 11 a.m. to commemorate its highly anticipated grand opening with a celebrity guitar smash and mesmerizing entertainment. The celebration will be held at Hard Rock Live at Etess Arena and will feature aerial performers flying from the ceiling, fire eaters, dancers, pyrotechnics and a guitar smash with Black Panther star, Michael B. Jordan, singer/songwriter, Kilara, and the 2018 Miss America titleholder, Cara Mund.

The $500 million music-inspired hotel and casino is set to become the go-to destination for world-class entertainment, and has over 200 nights of music, epic bands and comedy planned for this summer and fall. The resort’s full entertainment lineup can be viewed here.

With 2,200 slots, 120 table games, 20 first-class restaurants and lounges and lavish guest rooms and suites offering stunning views of the Atlantic Ocean, the newly-imagined resort is now taking hotel reservations for this summer.