The Atlantic County butcher shop first appeared on 'Diners, Drive-Ins and Dives' in 2017 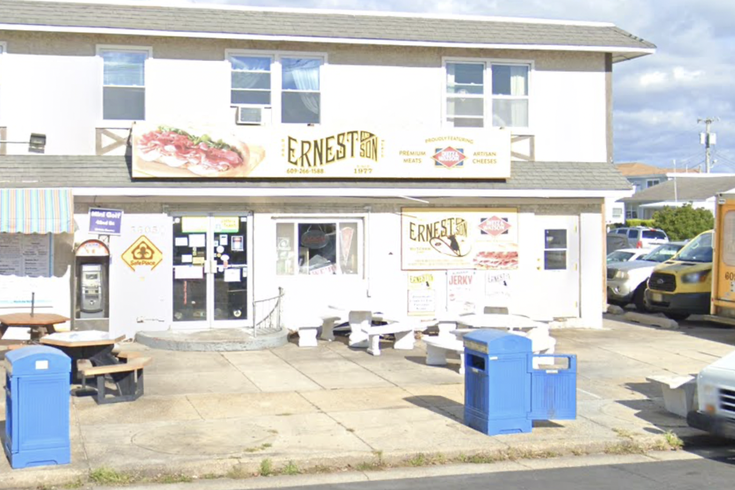 Ernest and Son Meat Market, the old-fashioned butcher shop that has stood the test of time in Brigantine for 45 years, will make a return Friday night to Guy Fieri's "Triple D Nation," the spinoff from his acclaimed Food Network series 'Diners, Drive-Ins and Dives."

Fieri last visited the Jersey Shore market in 2017, sampling the beef jerky and the shop's signature sausage, grilled pepper and onions sandwich, "The Tailgater," as part of an episode highlighting "Oldies and Goodies."

DDD is back!Ernest and Son is excited to announce our New show will air this Friday oct.28 at 9pm on the food network...

The market was established in 1977 by Ernest Storino and his son, Sam. Cortallessa, a Brigantine native, began working at the market in 1985 as a "clean up kid," eventually learning the trade and carrying on the business.

In addition to the sausage that tempted Fieri back, Ernest and Son also is known for its New York strip steak, prime rib filets, ground beef and chicken cutlets, among a wide selection of other meats. The sandwich and hoagie menu offers extensive choices along with burgers, breakfast sandwiches and even a Philly Special sandwich with prosciutto, fresh mozzarella, roasted peppers, oil and oregano. The market is open seven days a week and also does catering and weddings.

Fieri's fourth season of "Triple D Nation," which has him revisit his favorite spots in the U.S., has featured several trips to spots in New Jersey, including Carluccio's Coal-Fired Pizza in Northfield and Anchorage Tavern in Somers Point.

The upcoming episode featuring Ernest and Son also will include visits to spots in Pembroke, North Carolina and Jersey City. The new episode will air Friday, Oct. 28 at 9 p.m.